Previously, on MinerBumping... Agent Wescro, despite a long and sordid corp history, was accepted into a highsec mining corp. He joined one of their mining ops in a Raven, and killed the corp's Orca. The corp's CEO decided to take disciplinary action against the new recruit. 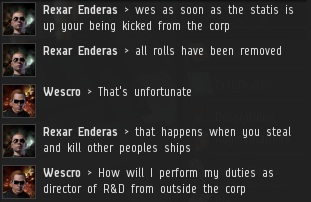 Rexar Enderas runs a tight ship. Mining ops are for gathering ore in highsec, not for killing other corp members. In other words, no funny business. 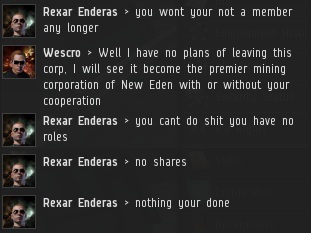 Wescro preferred to kill miners, rather than mine. Given the corp's zero-tolerance policy on the matter, Rexar decided it just wasn't a good fit. 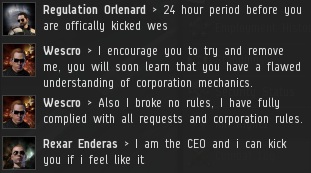 Wescro continued to debate the issue with Rexar. As they spoke, Wescro's destroyer crept up on the CEO's mining vessel. 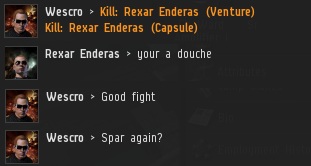 Sun Tzu would be proud: Wescro used surprise to his advantage and won the duel. 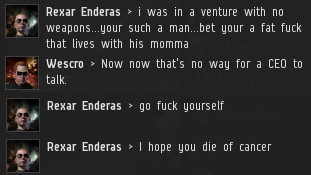 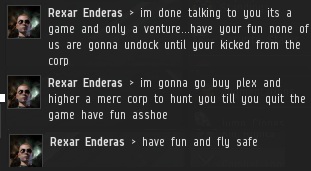 Rexar vowed to retaliate against Wescro and drive him from the game. In the meantime, everyone would need to dock up to avoid further losses. 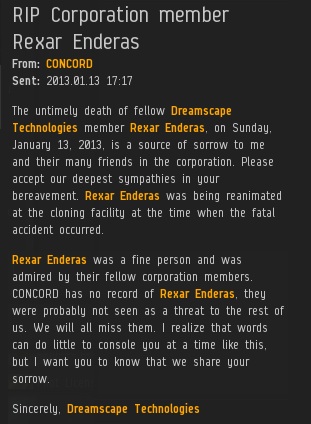 If you're unfamiliar with it, the above is the standard form EVEmail you receive when a member of your corporation biomasses himself. Honour demanded that the disgraced former leader of the corp destroy his own character, permanently. Rexar is no longer in EVE. 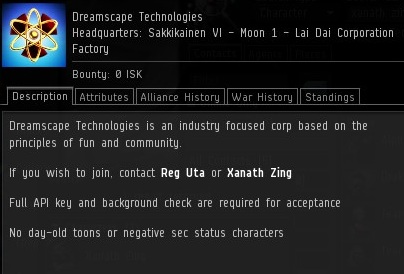 The corp, Dreamscape Technologies, took a severe hit. It had lost CEO Rexar Enderas and R&D Director Wescro in one day. The replacement CEO created a new background check policy--they would do background checks. 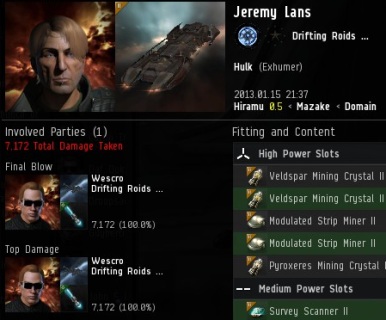 Wescro moved on to bigger and better things. Immediately after I posted Part 1, the CEO of Wescro's new corp was inundated with warnings from readers about Wescro's difficulty in being a team player. Wescro hates office politics, so he retaliated by killing some miners in the corp. But Wescro always lands on his feet. He immediately joined yet another mining corp, and killed a pair of Hulks. 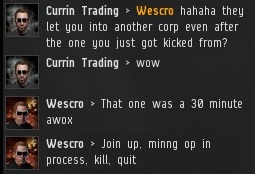 Wescro's mining credentials may be unimpressive, but he always aces the interview. 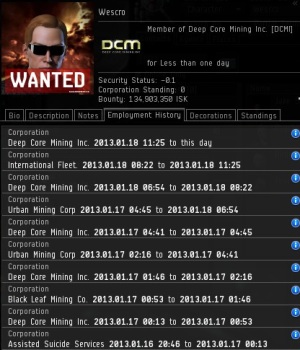