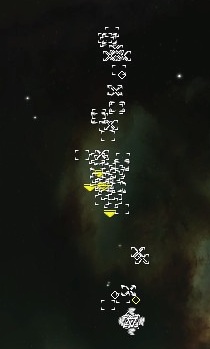 Brapelille, before the storm. Its ice field is the mining capital of Gallente highsec. 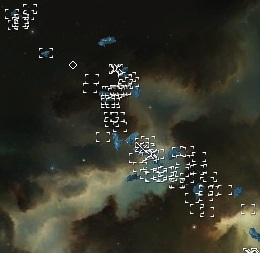 Gallente ice can be mined anywhere, but the exhumers flock to Brapelille to mine in communion with their fellow bot-aspirants. There is safety in numbers, they say. Then the New Order arrives. 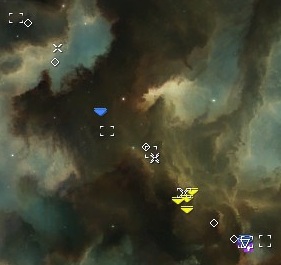 Within two weeks, Brapelille undergoes a remarkable transformation. The miners have witnessed the power of the New Order firsthand. The Knights cut down Code violators one after the other. Gripped by fear, the population plummets. The best miners purchase a mining license, and they are allowed to continue living in their home system. 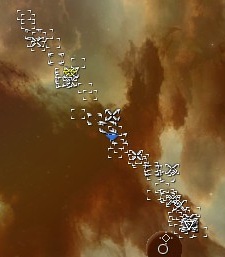 Refugees from Brapelille and its neighbor, Ardallabier, flee to Chelien. Already a popular ice mining system, the influx of new miners turns Chelien into the most populated mining system in EVE. No less than one hundred exhumers and mining barges sit in the ice field at one time. In years past, that many ships on one grid could crash a node. Chelien becomes a temple to bot-aspirancy: EVE's first mining supersystem.

But the party doesn't last long. 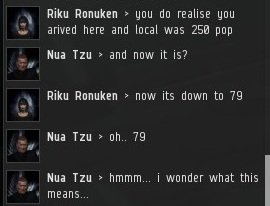 Locals are stunned by the impact of the New Order in their system. Haunted by memories of past attacks, refugees immediately pack their bags and warn their fellow miners to get out. Some listen; others die. Rebels follow us to the system, promising to protect the miners. But they are powerless to stop the destruction.

Panic spreads much more quickly now. What used to take most of a month now occurs within just a few days. Entire corporations of miners uproot themselves, hoping to escape without coming under assault. Chelien melts.

With each system taken by the New Order, its reputation grows. Having lost their homes--for some, multiple times--the miners scatter, bringing with them word of a terrifying new enemy. Wild rumors spread. But that's a story for another day. 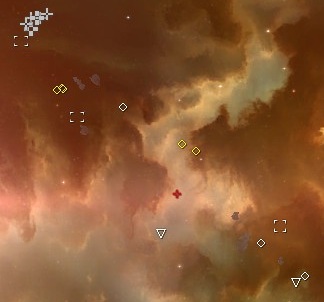 Skeptics point out that the miners can move away, and even return after the New Order has moved on. Attacking the miners of highsec is like trying to punch water, they say. Not quite. Allow me to propose an aquatic metaphor of my own:

The New Order and its influence are like a rising tide. Progress does not take place in a straight line. Instead, it goes up and down. The waves roll in and roll back out. But each time, the sea rises a little further. When the waves roll back out, they recede a little less with each wave. Despite the up-and-down motion, the overall effect is to draw the water higher and higher. In time, the dry land becomes invisible, drowned by the progress of the tide.

So it will be for the botters, bot-aspirants, and Code violators of highsec. With each attack and with each home system they are forced to leave, they become more and more likely to surrender to the Order and its Code. Unlike the high tide, the New Order will last forever. In time, our enemies will be erased from memory.

The forces of the New Order grow. In the beginning, we could inhabit but one system. Now we operate from the Brapelille-Chelien-Jaschercis axis, from which we can easily reach six ice field systems at once. We will continue to educate miners in that area. When the time comes, we will move to a new set of systems. And when we arrive, who will stand against us?
Posted by MinerBumping at 02:55