You've probably heard it said among our gank fleet members that the scouts are the most important members of the fleet, aside from the fleet commander (and even then it's arguable). All true. Our scouts play several roles at the same time. They're more like spies, really: Stealthy, sometimes invisible, sometimes in disguise, gathering intelligence, and oh-so-innocent behind their positive sec status.

Our scouts may not carry weapons, but they are deadly. Our enemies learn their names quickly, and they immediately tense upon seeing one enter local. But how does a New Order scout operate? This post will offer some basic lessons. 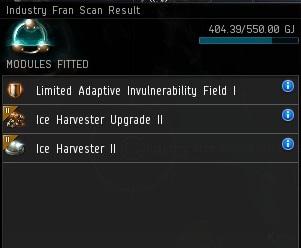 First thing's first. A simple Ship Scanner I allows you to peer into the tank of any potential target. It has no skill prerequisites. If you fit a Passive Targeter I (requires Targeting I to be trained), your prey will not know he's being locked and scanned. Simply activate the Passive Targeter and click on a mining ship. Though the glow of the module activation will not last long, you're in the clear. You can repeatedly scan the ship without its knowledge. 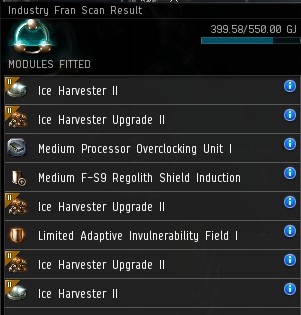 And you must scan the miner repeatedly, because each time you do, you get only partial results. You used to get doubled results, but no more. Simply note each tank module and run another scan to see if there are more. You should do at least 5 scans. Each one takes a second. Your fleet commander will determine if the target is too tanked. Tell him about shield and armor modules. You can ignore shield boosters and EM or Explosive hardeners, since they'll have no effect on what we do.

To find targets, you can go to the nearest ice field, or use your directional scanner to find stuff in the asteroid belts. The simplest way is to scan a cluster of distant asteroid belts and then find out which one the target is in by warping to one and scanning the rest. Don't get too hung up on the targets; focus on the belts. Targets themselves may be stored in a POS where you can't get to them. 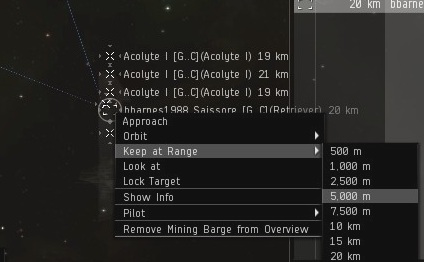 If you're cloaked in a Covert Ops or Stealth Bomber, maneuver your ship to find a clear path between you and the target, so nothing will decloak you when you approach. Anything can decloak you, including asteroids, cans, wrecks, and drones. The decloak range is 2,000m. Setting "Keep at Range" at 5,000m will enable your ship to breeze at top speed toward the target... 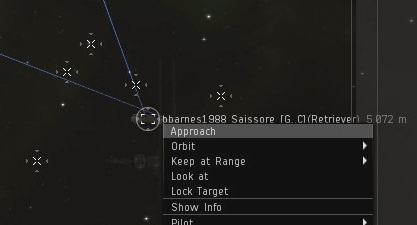 ...and you'll automatically slow down quickly enough to not be decloaked, even by orbiting drones. At 5,000m, you're too far to provide a proper warp-in for the fleet. You'll want to be right next to the target just before the fleet initiates its final warp to you. It takes around 15 seconds to go from 5,000m to being directly atop the target. If the fleet HQ is in the same system, hit "Approach" when they undock. If they're in the next system, begin the approach at the FC's signal. If you're an FC, a good signal time is when you start dropping out of warp on the other side of the final gate. By the time you exit warp, jump through the gate, and get ready to do the fleet warp, the scout should be in position.

A cloaked ship is not necessary for scouting. Sometimes it doesn't even help that much, because they often get decloaked in the busy ice field, or they drop cloak to run the Ship Scanner. Yet our scouts are notorious, and they get camped by people who want to interfere with the ganks. Scouts should always report to the FC whenever any combat ships are in the belt. A good scout is one who knows how to frustrate the campers. Here's how.

First, a scout should hit different systems, rather than the same system over and over. A scout should check asteroid belts, as these generally aren't (or can't be) camped. Leaving campers in a belt all day while you strike elsewhere leaves them feeling useless.

But if you want to hit a popular ice field despite the campers, there's a useful technique: Bookmarking targets. 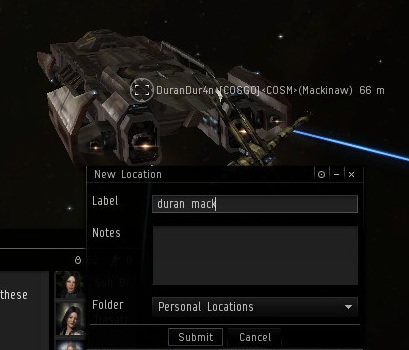 Any ship can fly right up to a target and create a bookmark. Enter the target's name as the bookmark and then leave. It's now possible for a fleet to warp to the target without having a scout in person to provide the warp-in. And without a scout, the campers have no one to camp. They'll have no idea where the next attack will come. 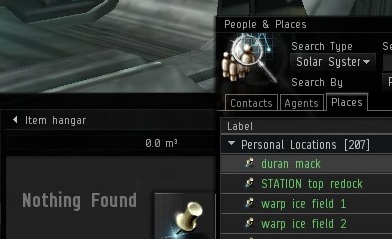 After collecting a target bookmark or two, the scout returns to the HQ station, copies the target bookmark into the inventory, and trades it to the FC. If the aggression period isn't up, the scout can continue looking for targets. 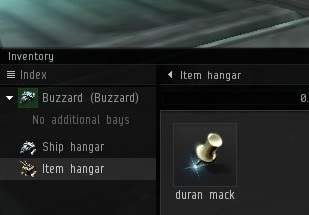 Once the FC has the target bookmark in his or her own People & Places, the target(s) may be hit at any time. Using this method, a scout can even set up warp-ins in multiple systems at once, further frustrating campers who don't know which system is next in line for attack. This is also efficient because a scout can look for more targets, rather than sitting next to just one while waiting for it to be attacked. 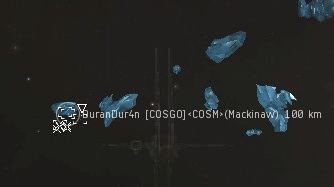 "But what if the bookmarked target leaves in the meantime?" you ask. After giving the FC the bookmarks, the scout returns (preferably cloaked, but not necessarily) to keep watch from a distance. If the miner has not left, the bookmark warp-in is still good. In a busy ice field, a scout can even sit next to a second target on the other end of the belt. If campers follow him, the scout tells the FC to hit the bookmarked target. If the campers don't follow him, the scout tells the FC to warp to him and hit the target he's sitting on. Either way, the campers lose and the gankers win.

In some cases, I've seen miners return to the same position over and over throughout the day, because they've got their mining position bookmarked. But it's best not to wait too long before hitting a bookmarked target. Even though in theory you're "warping to zero", you can land 2,500m or more from the spot--especially if you bounce off an asteroid. A miner who returns to his old mining location may therefore be slightly further away, and leave some unlucky gankers just out of range. In any case, a ganker should always remember to get closer to the target on landing.

Of course, if there are no campers about, it's easier for a scout to just sit near the target. But if campers are following a scout around, the ability to make undetectable warp-ins with bookmarks is a useful thing indeed.
Posted by MinerBumping at 01:14