Okay folks, once we're on the twentieth edition of something, we should all know the drill. Let us waste time no further! 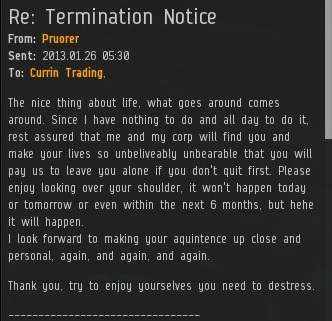 Our gank squad was not terribly worried about Pruorer's promise of vengeance. I was confused about one thing, though: If Pruorer has nothing to do all day, why will it take more than six months for him to retaliate? 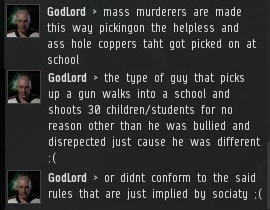 GodLord was very concerned after witnessing a miner blow up in an ice field. I'm not sure whether he was saying New Order Agents are going to become mass murderers, or if he thinks the "bullied" miners will become mass murderers. If the latter, so much for the myth of the peaceful highsec miner! 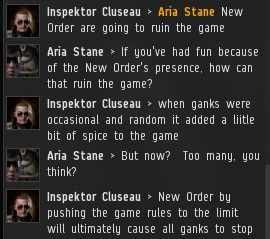 Perennial rebel Inspektor Cluseau, like many faux "moderate" miners, claims to be in favor of some ganking in highsec. Just not every day. Sorry, no deal. For the sake of victory, we will slaughter every miner in highsec if need be.

Inspektor's attitude is nothing new. But it's interesting that he acts as if suicide ganking hasn't been nerfed before. 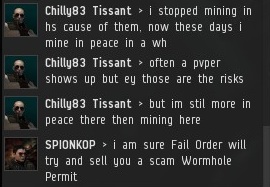 Chilly83 Tissant gives us all hope. Thanks to the New Order, mining in wormsec is more attractive to him than mining in highsec. We're all about waking up the carebears and broadening their horizons. 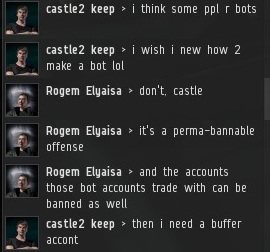 castle2 keep openly aspires to bothood. Yeah, I'd say he probably qualifies as a bot-aspirant. 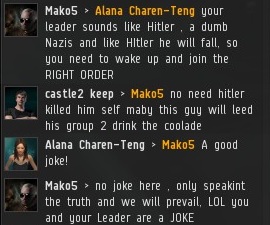 Mako5 isn't a big fan of the New Order, but he does like his clichés. 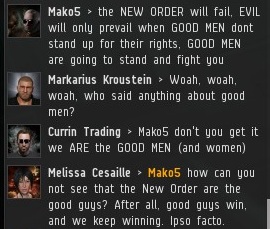 As usual, the rebel has the whole idea of "rights" backward. We've spoken about this before. Everyone in highsec has the right to have highsec saved. Until that happens, democracy is impossible. Therefore the New Order is for freedom, and everyone who opposes us is against freedom. 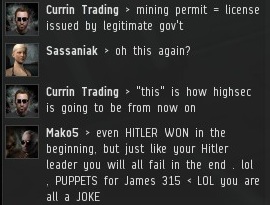 Mako5 is very confident of victory, despite early losses into the hundreds of billions of isk for the rebel miners. Is he the next Winston Churchill? 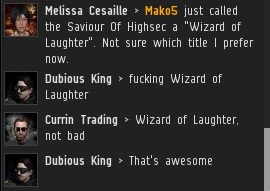 ...He's still working on it. Somehow his insult backfired, and I get to add another title to my already healthy-sized list of them. 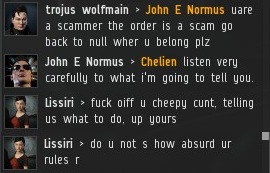 Agent John E Normus proves what many have already concluded: The New Order Agent is always the sanest-sounding person in local. 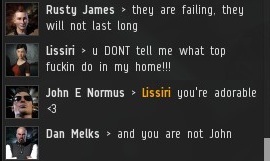 I've heard Lissiri's complaint before. Bad miners think that by requiring them to stay at their keyboards, we're invading their home space in real life. Nonsense. You can do whatever you want in your home, but if you're mining in my highsec, you obey my Agents. 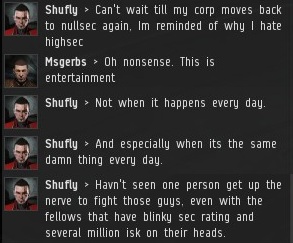 Shufly and others may not like it, but I have a forecast for highsec's future: More Agents, more ganking, more Code discussion, more permits being sold, more miner tears, and a lot more Order. Isn't it great?
Posted by MinerBumping at 04:29