A Friendly Wake Up Call 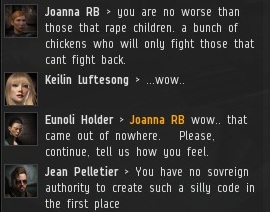 Another day in highsec, whose population is being rebuilt from the ground up by New Order Agents.

The New Order stands for change. Why change? Because the status quo is unacceptable. Look at Joanna RB, for instance. See all that room for improvement? 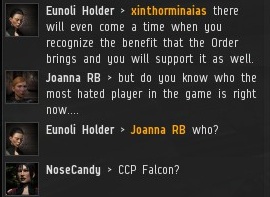 CCP Falcon has been on a roller coaster of ups and downs during his brief time as an EVE-O forum moderator. Less than two months ago, he officially OK'ed the bumping of miners. Today, he closes all threads related to miner bumping--currently the only forbidden EVE-related topic. Even CCP itself finds the New Order's power a bit intimidating, it would seem. 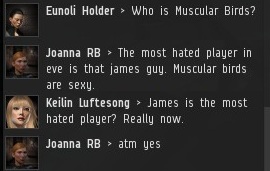 Am I the most hated player in EVE? Perhaps that depends on whether bots are capable of hatred. Yet even if I were hated, I would say let it be so, if I am hated for the right reasons. When the sunlight pours into a dark room at dawn, waking the slumberer, the sun is the object of much frustration. Yet we know the sun also sustains life on earth. 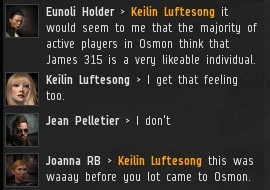 Those who are asleep wish only to remain asleep--until they have fully regained their senses. Highsec, arise!
Posted by MinerBumping at 18:45