Eyes and Ears and Guns Everywhere

There are countless Agents of the New Order. Recruitment has never been an issue for us, because we fight for a cause, and a Code. I've often said that we have eyes and ears everywhere. When it comes to Agent Riku Klayton, we don't lack for guns, either. Months ago I wrote about Riku's successful awox of a mining op. 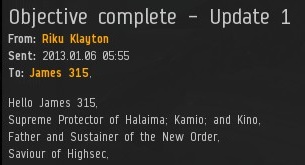 Despite the fact that the awox was openly blogged about, miners have continued to let Riku join their corps. When I get an EVEmail from Riku's it's a good bet that some miners have died. 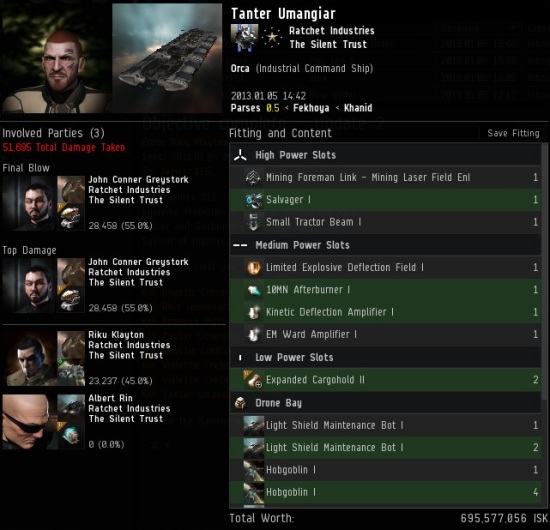 Yuuup. Ratchet Industries recruited Riku and either some of Riku's friends or alts. Ratchet operates in the Khanid Kingdom, an obscure area in southwestern highsec. They were not followers of the Code. Maybe they thought mining in a remote location would enable them to forgo the purchase of 10 million isk permits. So reckless, so reckless. 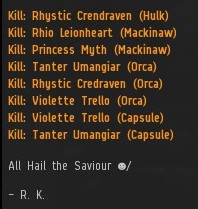 In a flash, three Orcas and assorted other ships met their doom. Riku calculates a total loss of nearly 3 billion isk for the Code violators. This was not griefing. This was justice.

Riku decided to film the event and upload the video of this awox. If you increase the video size and quality, you can even read the reactions of the Code violators in fleet chat as they come under attack.

Miners of highsec, take note! Anyone who joins your corp could be an Agent of the New Order. And they take the Code very seriously. So should you.

Bonus! I received another "promo" video from Agent enterprisePSI. You can view it here.
Posted by MinerBumping at 18:12