A few weeks ago, I posted a skill plan for a Catalyst gank alt. The skill plan charted a course from freshly-minted althood all the way up to those level V gunnery skills you only train when trying to squeeze out the last bit of DPS for your pilot. For some of you, those skills are almost done training. People have asked me, what comes next--if anything?

Before you do anything else, get your Knight's skills close to maximum DPS for a Catalyst. No, I'm not suggesting you train Surgical Strike V or Small Blaster Specialization V; I'm not a monster, as I often remind people. But when you've just about finished running out of ways to enhance your Catalyst's DPS, the only thing left is to train Brutix and Talos skills.

Don't get too excited, now. I'm not announcing a tech II battlecruiser reimbursement plan or any craziness like that. And it will take quite some time before our Knights can fly either of those ships with enough skills to make the cost worth it. But in the future, I would like us to have the capability of forming fleets with massive DPS. Enough to take down an Orca--perhaps even a freighter--under the right conditions.

Two quick points before I list the skills needed. First, people will occasionally say "if we had X Catalysts, we could kill Y". We don't have the manpower (yet). In theory, we could get 25 tech I Catalysts together and affordably destroy big targets. But it's rare to muster such large fleets. Manpower is always the limiting factor. That's where tech II Catalysts come into play and, in the future, perhaps occasionally tech II Brutixes or Taloses. When you look at those killmails from the Goons' freighter-ganking campaign, they used a mix of Taloses, Brutixes, and Catalysts--whatever they needed to use, with the gankers they had available.

Second, Brutixes and Taloses are expensive. One tech II Brutix costs about as much as 30 tech I Catalysts--but does about as much damage as 3 moderately-trained Cats, not 30. Taloses are even more costly. Any operations using these ships would need to be prepared in advance, just to move the hulls into the proper system. Thus, it would be impractical to use them on a regular basis.

Think of these ships, or gank fleets containing these ships, as terror weapons. They're unwieldly and uneconomic, but when used in small doses they can send a powerful message. We may not use them often, but our having the capability would scare the living daylights out of miners across highsec. Naturally, we would maximize the propaganda value of such attacks by saving the killmails and flaunting them in local at every opportunity.

The use of terror weapons is a long way out, but since they take awhile to train, I thought I'd get the word out early. Now let's talk about the training. 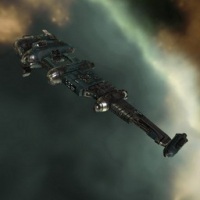 The good news is, virtually every skill you train for the gank Catalyst is either a requirement or a very useful skill for the terror weapons. Start by finishing off your Catalyst skills. That means things like Gunnery V, Rapid Firing V, and Surgical Strike IV.

To fit 8 Neutron Blaster IIs, train Hybrid Weapon Rigging II. This reduces the powergrid drawback of your rigs enough to fit the guns. You can leave the midslots empty to save CPU.

Finally, Small Blaster Specialization IV. It's a scummy little skill that gives you 2% extra DPS, and only to tech II guns. But it's a requirement for tech II medium-sized (heavy) blasters. 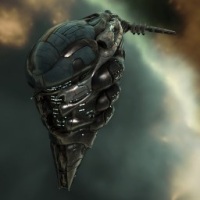 Just to sit inside a Brutix, you must train Spaceship Command IV, Gallente Frigate IV, Gallente Cruiser III, and Battlecruisers I. No level V skills there, so it goes by quickly.

Some additional skills you'll find useful: Evasive Maneuvering, so you don't take forever to align. Trajectory Analysis to fit tracking computers, and Electronic Warfare to fit ECCM and prevent faction police from jamming you. I haven't worked out the midslots on Brutixes yet; that will come in time.

There's a fitting issue when it comes to Brutixes with a full rack of Heavy Neutron Blaster IIs. At first I thought we'd need to get Advanced Weapon Upgrades, which requires training Weapon Upgrades V. But then I noticed that the stacking penalties on the damage mods are so great that the fifth one will give you less than 1% extra damage. To heck with it. Fit a Reactor Control Unit I instead. It's ugly, but it works. Train Energy Grid Upgrades II to fit the module. If you want to squeeze out extra DPS, put your training time elsewhere, like tech II drones, as opposed to freeing up the powergrid. 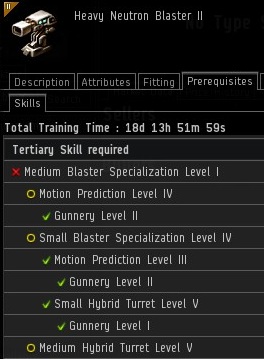 Ugh. Heavy Neutron Blaster IIs require Motion Prediction IV, which is no problem. But they also require Medium Hybrid Turret V, which will take up the bulk of your training time. After that you can train Medium Blaster Specialization, which lets you fit the guns.

Lastly, drones. Only a small fraction of your DPS will come from drones, but it's just enough to make it necessary. Since a tech II Brutix only does a few hundred more DPS than a tech II Catalyst, adding that extra 100+ DPS from drones can't be passed up.

Carry 5 Hammerhead Is or Hammerhead IIs. Training Drones V lets you deploy 5 drones, plus it allows you to train Drone Interfacing, which gives you an additional 20% drone damage per level. (Thankfully, Drones is a rank 1 skill.) Combat Drone Operation will give you 5% per level, too.

I would say train tech II drones last, since they're a help but can be done without. 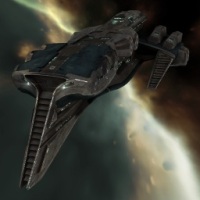 A tech II Talos costs around 130 million isk and does over 1,400 DPS. I'd much rather have four well-trained tech I Catalysts for 8 million isk total. But the point of the terror weapons is essentially to inflate the size of the fleet without getting extra pilots. Aside from cost, the bad news about Taloses is that they take a long time to train. The good news is that the requirements of a tech II Brutix and tech II Catalyst completely overlap the Talos requirements.

The list of requirements for the Neutron Blaster Cannon IIs may make you want to vomit. This is natural. But you can subtract from that training time all of the training time you spent on Heavy Neutron Blaster IIs for the Brutix. Following the earlier pattern, you start with Medium Blaster Specialization IV to finish off the medium-sized weapon skills.

Next, all you need are Motion Prediction V and Large Hybrid Turret V to gain access to Large Blaster Specialization, which lets you fit tech II large blasters. Just a couple skills, how long could that take? About a month on top of everything else.

The Brutix skills, too, will take around a month to train. Many Knights will not be able to take that much training time away from their mains, so it's clearly not for everyone. But if you have nothing better to do train, you can get it started.

Once again, the use of terror weapons will not (and cannot) be an everyday occurrence. Plans for their use are in the very early stages. But when the time comes, they may give our misguided Code-violating friends some fodder for the horror stories that they share around the campfire.
Posted by MinerBumping at 04:31