Just days ago, my player corporation came under threat of a cowardly wardec from rebel forces. In less than an hour, that war came to a victorious conclusion; we inflicted 50 million isk against our enemy at a cost of only 1.6 million (which was almost instantly reimbursed by shareholder Vladimir Frye).

Having scarcely recovered from the first conflict, the drums of war began beating again while I was busy helping relocate insurgents in the Kamio ice field. 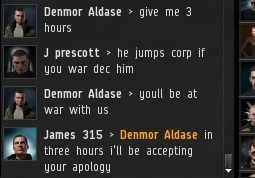 Highsec ice miner Denmor Aldase started making threats about war. He wasn't the CEO of his corp, but he was frantically trying to get his CEO to log in to make good on his threats.

For a guy who "plays" EVE by AFK mining in total safety, he had a serious business attitude. I needed more intel. 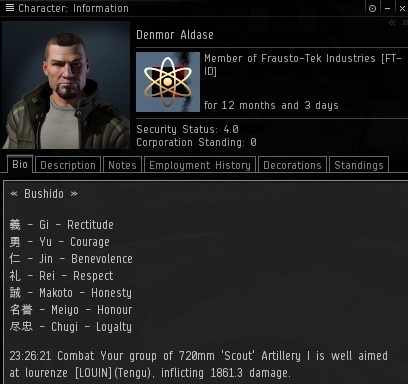 His bio had me at the word "Bushido". The virtues enumerated thereunder, "Rectitude, Courage, Benevolence, Respect, Honesty, Honour, Loyalty"... It was like reading a laundry list of all the words people use to describe me.

Despite our similar values, I would have no choice but to destroy him in battle, if it came to that. 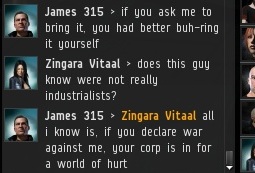 I gave them fair warning, as I always do. 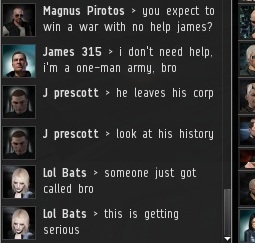 J prescott also tried to warn them. If Denmor bothered to read MinerBumping.com, my post about Experimental Fun Time Corp's first victory would have warned him, too. 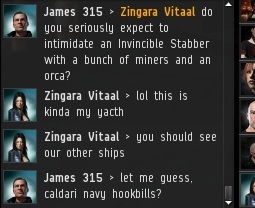 Denmor and his corpmate, Zingara Vitaal, managed to contact their corp's leader IRL and get him to log in to make the war declaration.

Two wars in barely as many days. The sacrifices that were being asked of Experimental Fun Time Corp were too great. Yet they were necessary. I delivered the news to our personnel: "For the second time in the lives of most of us, we are at war. Over and over again, we have tried to find a peaceful way out..." Wait, does the policy about no movie quotes mean I can't even do "The King's Speech"?

The tension in Kamio was so thick you could cut it with a knife. 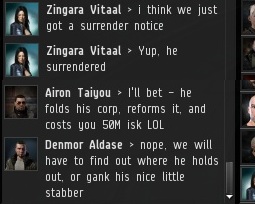 Sun Tzu once said that in the future, everyone would have 15 minutes of war. He wasn't far off. Our war against Frausto-Tek Industries lasted three minutes. 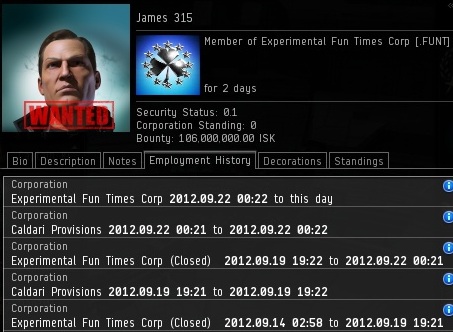 Experimental Fun Times Corp had secured victory once again, inflicting 50 million isk in damage at the cost of 1.6 million. 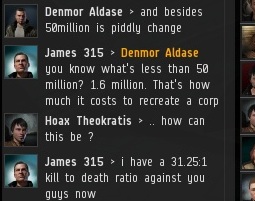 Interestingly, our kill to death ratio of 31.25:1 was identical to the one we had in our previous war. 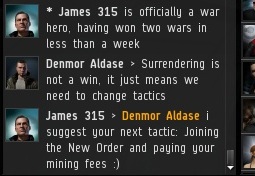 At last, the guns of war fell silent. Out of the blood and rubble we will build a better future. The New Order must have victory in highsec, otherwise all of this violence and destruction will have been in vain!
Posted by MinerBumping at 01:36