This is quickly becoming a favorite tradition here at MinerBumping.com. Let's give the Grab Bag a good shake and see what the Tear Fairy has in store for us today! 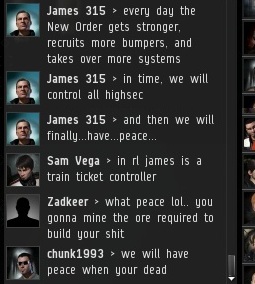 chunk1993 offers his spin on the "I wish you were dead" classic. We're off to a good start! 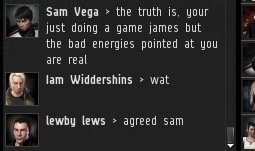 How real is EVE? Sam Vega contemplates the reality of the "bad energies" pointed at me. I didn't understand what Sam meant, and he had trouble explaining because he doesn't speak much English. So I just bumped him out of range some more. 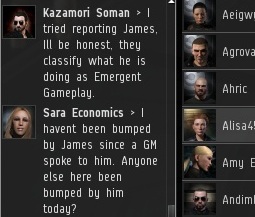 Here's some intel from an Agent who overheard a conversation about the petition efforts against me in Kino. Kazamori Soman gave us a rare glimpse of what the GMs say to all these miners who petition me. The New Order is proud to sponsor emergent gameplay! 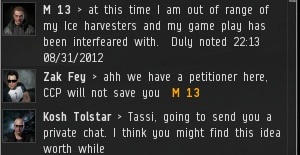 Remember M 13's "log of being interfeared with"? He wasn't the only one conspiring against me in Uotila that day, as Agent Zak Fey observed: 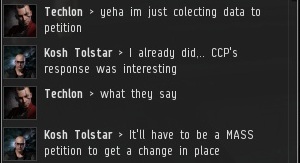 More intel, as two petitioners shared their dreams of getting me permabanned from EVE. Since the rules haven't changed, I wonder just how big a "mass petition" is? 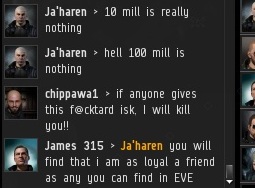 Some miners hate those who give me isk even more than they hate me. Apparently the threat from this miner wasn't enough: Ja'haren and his wife both ended up becoming shareholders in the New Order. 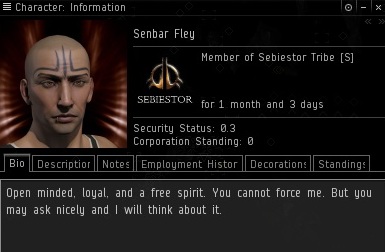 That's it, no more trusting bios from now on. Rebellious miners throw a lot of insults at me, but it's only once in a great while that they get a genuine laugh from me, as john gomez did in this next screenshot: 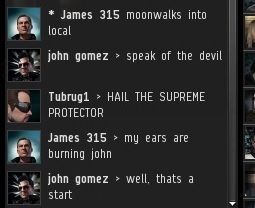 In the struggle for equality, we've come far, but we still have a loooong way to go:

(For more on Anonymous' way of thinking, see the Godwin Overload post.) 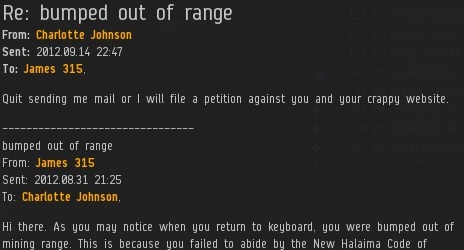 At first glance the EVEmail above looks like a standard response to what I leave in AFK miners' inboxes after I remove them from the ice fields. But check the dates! Charlotte Johnson took over two weeks to respond, and the anger was still fresh. Maybe she was on vacation in the Caribbean somewhere while her bot was hard at work?
Posted by MinerBumping at 02:07