The Test of Wisdom, Kamio Edition

Previously, a champion of the miners in Uotila sought to challenge me to a 1v1 duel. I was eager to engage in combat, but sadly he incorrectly answered the first of my Questions Three after invoking the Test of Wisdom. Under the Code, one must qualify for a 1v1 duel by completing either the Test of Wisdom, the Test of Valour, or the Test of Fortitude. 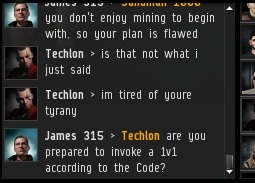 Fast-forward to Kamio, where I spent some time educating and correcting miners by bumping them out of mining range when they failed to comply with the Code. Ice miner Techlon became infuriated, and he decided to stand up against my alleged tyranny. 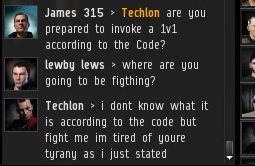 Was it wise for him to challenge me? Not really, seeing as how I'm Invincible. But headstrong young men with a thirst for vengeance do what they will. 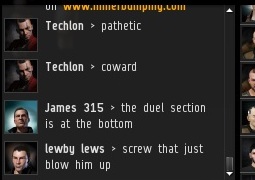 I informed him of the 1v1 protocols of the Code, but his bloodlust overwhelmed his patience. 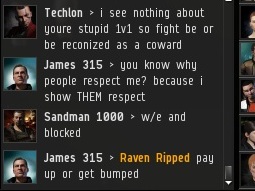 So angry he could barely see straight, it took Techlon some time to find the provisions pertaining to 1v1 duels in the Code.

Finally, he read about the three Tests, and summarized them in local. 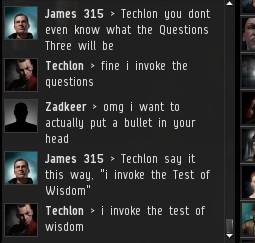 Techlon preferred not to take any of the Tests, but he had no choice, so he went with the Test of Wisdom, which so far is the most popular choice. Zadkeer and others shared Techlon's frustration, but everyone's attention became fixed on the duel. 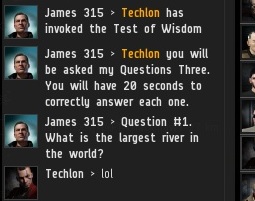 After invoking the Test of Wisdom, Techlon was given the same first question as the challenger in Uotila. Techlon spent some of his precious 20 seconds laughing. He was very confident that he knew the answer. 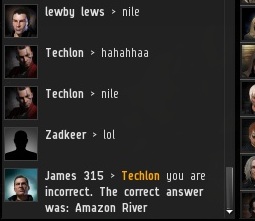 Fellow miner lewby lews attempted to give him an assist, but Techlon continued to laugh until he finally entered his answer: The same wrong answer given by the challenger in Uotila!

Those who do not learn their geography are destined to repeat it, or something like that. 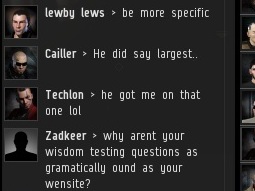 The locals were annoyed, but ultimately had no choice but to accept the verdict. Their champion had failed to get past the first of the Questions Three. The duel was over. 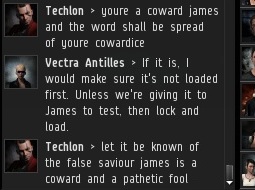 At first Techlon had seemed to be a good sport and willing to accept his defeat, but he became angry again. 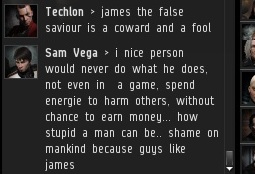 The miners could give voice to no specific complaint about the way the Test was conducted, but that didn't stop them from complaining nonetheless. The Supreme Protector continues to await a competent challenger.
Posted by MinerBumping at 17:30