Tears of the Day: The Rage of Vheronis

Some people look at the placid ice fields of highsec, filled as they are with AFK miners and bots, and they make certain generalizations about the miners themselves. People observe the silence and the peaceful mining ships, and they assume the miners must also be peaceful. In my experience, appearances are misleading. In many cases, under the surface, the highsec ice miner is a boiling cauldron of rage. With the slightest disturbance, the hatred comes flowing out... Meet Vheronis, a mackinaw pilot who lives in Kino. She has just lost her ship, which was the target of a now uncommon phenomenon: The suicide gank. 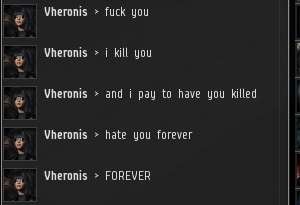 Note how the rage about this lost mining vessel does not subside, but actually increases with time. 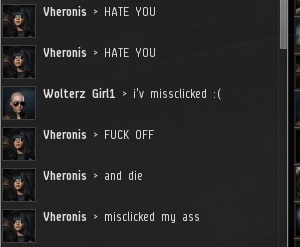 And then the revenge-spamming begins... 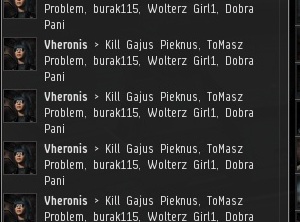 What you see above goes on for several pages of logs. By this point, I wonder if Vheronis repeats the names of her attackers each night before she goes to sleep, like a kind of prayer. 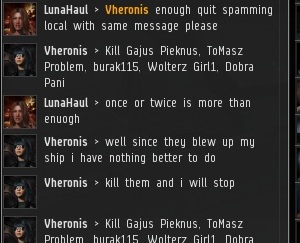 Though sympathetic, her fellow miners urge her to stop disturbing local. 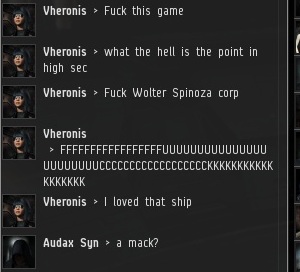 The truth finally comes out, as it always does. Vheronis, like many highsec miners, believes the point of highsec is to be 100% safe. But as we saw before, miners don't merely wish to be invulnerable, they also want carte blanche to make their money AFK. Recall this reaction to my humble bumping efforts: 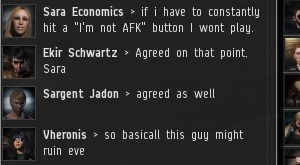 We know the loss of a ship leaves a bitter taste in Vheronis' mouth, but what about being bumped out of range for the crime of AFK mining? 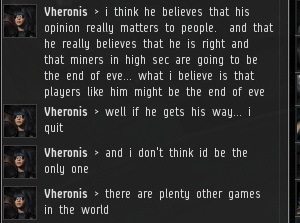 Philosophical question here: If you only play the game AFK, haven't you already quit? 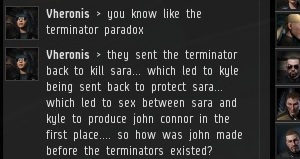 I consider myself in the mold of John Connor, the chosen one who leads humanity in the apocalyptic battle against the machines! 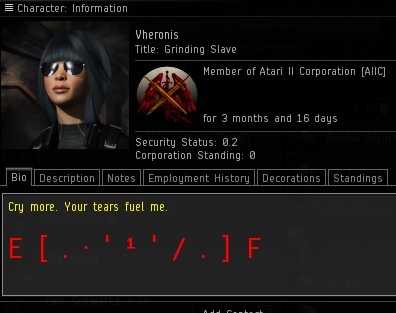 If Vheronis is fueled by tears, does that make her a kind of self-sustaining, closed ecosystem?
Posted by MinerBumping at 01:56