Enemies of the New Order Go Bang and Boom

The surge in support for the New Order has led to a lot of new bumpers of late. 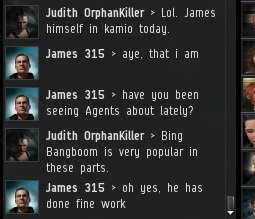 Agent Bing Bangboom has been making a name for himself in Kamio, a New Order system next door to Halaima, our capital. 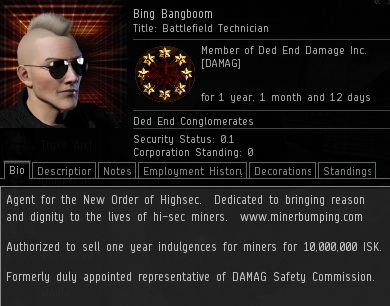 There is no higher calling than service to the New Order. More and more people see that now.

I received a report from Agent Bing about violence in Kamio. This report was verified by another Agent, who witnessed the event. The day started out peacefully, like so many others. Bing was educating miners about the Code, and suddenly a group of ships began giving Bing the carebear stare. 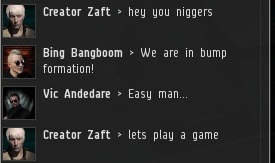 Bing told me that at this point, his sixth sense told him there was danger. Among the group of ships were two destroyers. One of the destroyer pilots, Creator Zaft, appeared to be the ringleader of the group.

Local turned ominous. There was murder in the air. 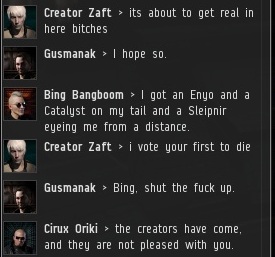 Perhaps the show of force was meant to intimidate. If so, the rebels just didn't get it. Bing knew he was protected by the New Order.

The two destroyers opened fire, along with a rookie ship for some reason. They meant to kill Bing's stabber!

The battle had the same outcome as every other. The stabber survived, and the rebels all perished. 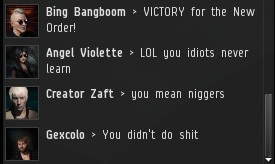 New Order supporter Angel Violette looked upon the terrorists with pity. How many more rebel ships must explode before this is all over, and we can finally have peace? 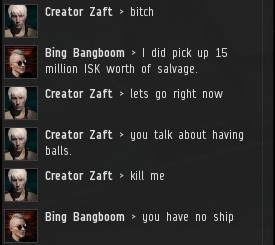 Creator remained in the ice field, sitting in his pod. He pleaded for death.

For the third time, Creator spat out a racial slur. Unlike bumping miners, this is a violation of the EULA. But as we've seen in the past, miners sometimes break actual rules. 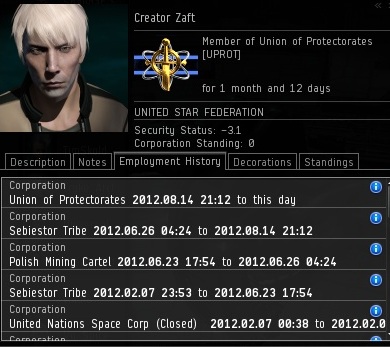 Just who is this Creator Zaft fellow, anyway? 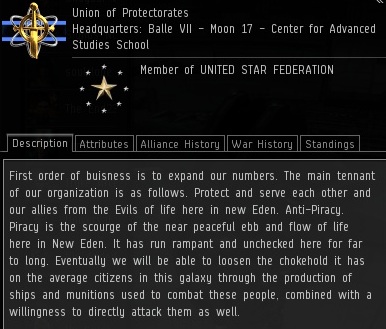 He is part of an "Anti-Pirate" corp, but there are few other clues. If the rest of the corp is like him, I think I'll stick with the pirates. 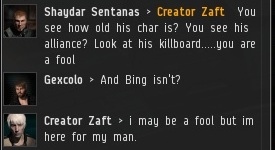 With blood still in his eye, Creator challenged Bing to fight his alleged fleet of tech III ships.

Bing was prepared to fight them off in his Rifter, but Creator's fleet never showed up. I've noticed fleets like this always seem to get lost on the way to New Order territory. Perhaps the next time Creator comes to Kamio, he will bring some isk--and better manners.
Posted by MinerBumping at 01:18