Earlier this month, as a demonstration of my mettle, I created the Experimental Fun Times Corp corporation and vowed to defeat anyone who would dare oppose me. Enemies of the New Order were quick to declare war, and I devastated them by scoring victories in two lightning wars.

Since both of my victories were posted on this blog, I was somewhat surprised to see yet another declaration of war against me, by Anti-Fun Time Corp. 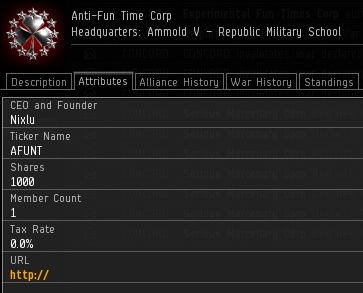 Two things were immediately clear. First, this new enemy was engineered specifically to attack me. Second, they had a nifty logo. 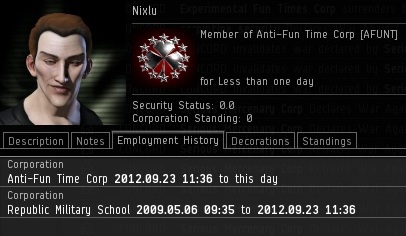 The founder, CEO, and sole member of Anti-Fun Time Corp is Nixlu. Now there's a sinister visage if I ever saw one.

After winning the first war by dissolving and instantly re-forming my corporation, Anti-Fun Time Corp struck again! I repeated the process. Since it costs 31.25 times as much isk to declare a war as it does to re-form a corp, I was confident in my kill-to-death ratio.

Anti-Fun Time Corp was stung by the 100 million isk of damage inflicted against them in these wars. So far they have not declared another war. 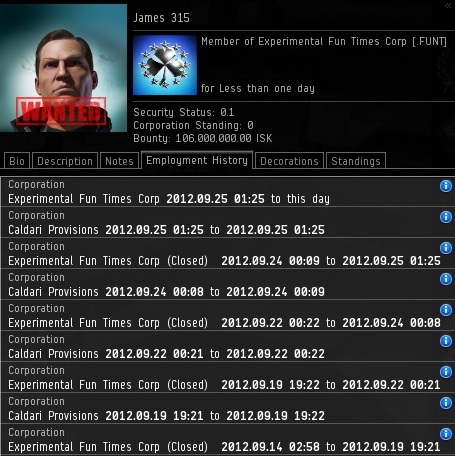 With four wars and four wins under my belt, I am building quite the resumé, even if I do say so myself.
Posted by MinerBumping at 17:15