Time for another dash of miscellaneous miner tears from the Grab Bag. Can you believe we're already to our tenth edition? Judging from the volume of tears generated thus far, we'll be in the triple digits in no time. 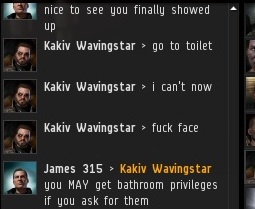 Our vacation to Tolle means plenty of new people to teach the Code. 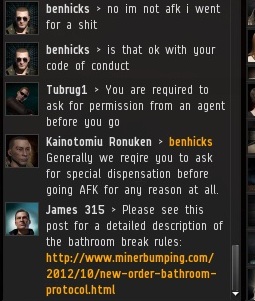 But by now, we're well prepared. With a stable of helpful blog posts, every question has a detailed, professional answer ready to go.

I'm not sure I've been compared to the Taliban before. Probably, but Sheron Cristal had the courtesy to run through the obligatory Nazi reference with good speed. 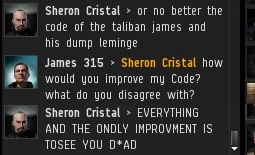 For all the miners who complain about the Code, I have yet to meet a miner who could come up with an idea for improving it. 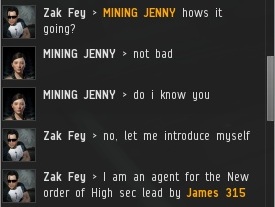 ...Ice miner MINING JENNY lost all interest in the conversation after that. I guess some people judge a book by its cover. The proliferation of new Agents has taken a lot of miners by surprise. At first, anyone else who bumped was accused of being my alt. But what do they say now? In the next screencap, a miner eloquently expresses his reaction with an emoticon:

In fact, Mhick is probably one of the more articulate miners out there. Despite the distress the resistance feels at the moment, they do have cunning strategies for defeating us: 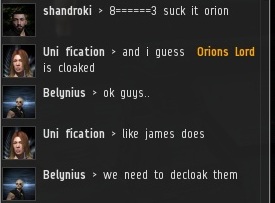 On the other hand, we usually get decloaked anyway in the course of our miner-bumping duties. By bumping miners. 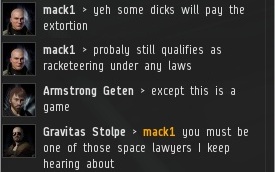 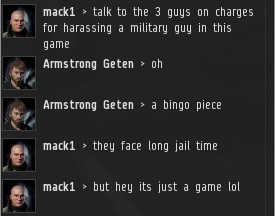 Now there's a new one. Does anyone know about the "three guys" going to jail for poor EVE conduct? 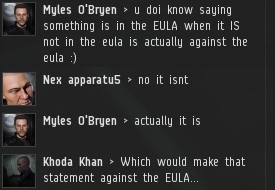 More space lawyer creativity. If it were against the EULA to wrongly claim things are in the EULA, I know quite a few space lawyers who would get banned. And then who would try all the space cases? 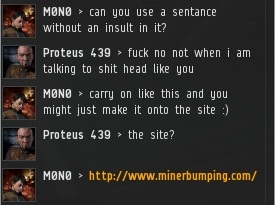 It's true, some miners are closed-minded when it comes to the New Order. MinerBumping dot com is an excellent tool for winning hearts and minds. 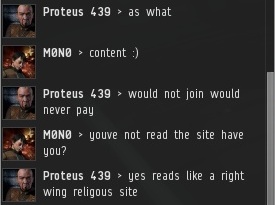 Actually, I think extremist groups would be more likely to ban us than embrace us. Did you know that when you play Halaima backwards it says "Am I Alah?" 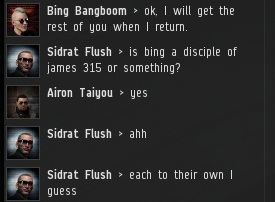 We close on a hopeful note. Sidrat Flush expresses a surprising degree of tolerance. We'll need him to join the New Order of course, but still, tolerance is a good first step.
Posted by MinerBumping at 02:30