Earlier I wrote about an incident caused by a rebel mining corp in Elonaya. They anchored a bunch of secure containers in the ice field that quoted James 3:15 and urged miners to resist the New Order. Another miner became enraged by the religious nature of the cans and blamed me, assuming I must have been responsible. 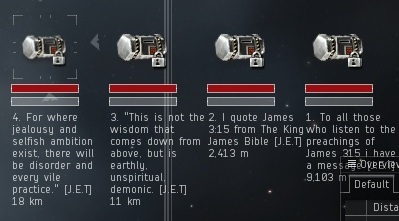 Then I noticed, sitting innocently in the ice field, a retriever piloted by Betrayer of Hope, a member of the same corp that put up the cans. 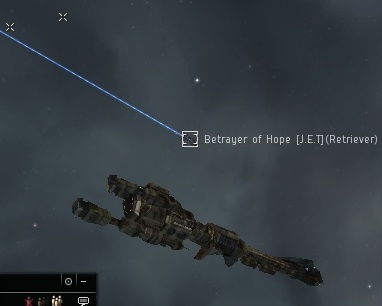 I asked him what the deal was.

He did not appear to be particularly well informed, however. 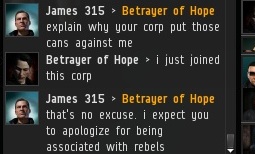 Incredibly, he refused to admit his guilt, even though I told him to. Talk about digging yourself into a deeper hole.

After I began bumping Betrayer away from the ice field, he was evidently contacted by self-styled rebel leader, Heavy Met4l Queen. She convinced Betrayer that she had developed a perfect defense against bumping. 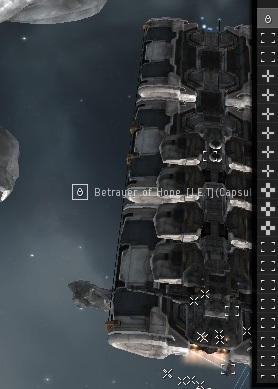 This "defense" involved ejecting from the retriever and storing it in Heavy Met4l Queen's Orca. This prevented me from bumping Betrayer, but it also prevented Betrayer from mining. So Betrayer spent the rest of the day orbiting the Orca in his Capsule, powerless to do anything. 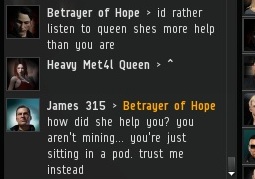 The incident with Betrayer of Hope perfectly illustrates the lie of the resistance. There is no freedom in opposing the Code. The Code is liberating. If your idea of "freedom" is imprisonment in someone else's Orca, open your eyes. The rebellion may promise you hope, but in the end, it will only betray you.
Posted by MinerBumping at 17:19