A few days ago I announced a MinerBumping party in Halaima to celebrate the two month anniversary of this blog. About an hour before the party was scheduled to begin, I jumped into Halaima to prepare. Before I even said anything, my presence was noticed and I was greeted as a conquering hero. 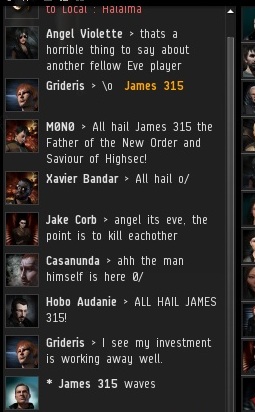 There was no telling how many people would be interested in a MinerBumping party. The previous record for the most bumpers in the same place at the same time was The Day of the Five Stabbers. It seems the New Order has grown since then. 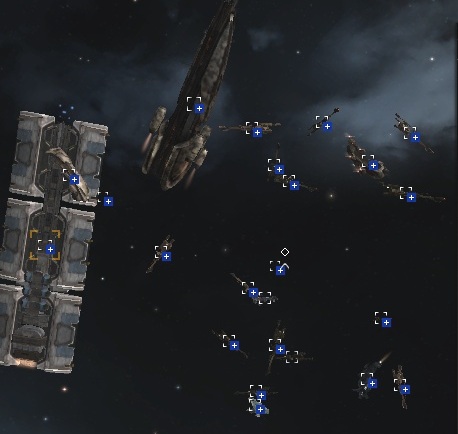 Our bumping fleet reached as many as 25 bumpers at once, with some bumpers coming and going throughout the duration of the party, and an uncounted number of additional supporters in local. On the far left is Grideris's Orca; he supplied spare bumping ships for those who didn't bring their own. 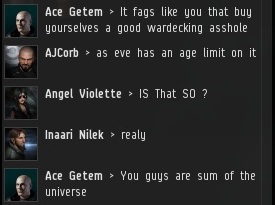 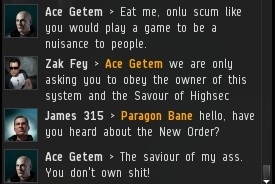 Before the party began, there were already many bumpers in the ice field. Some rebels balked, but were soon overwhelmed. 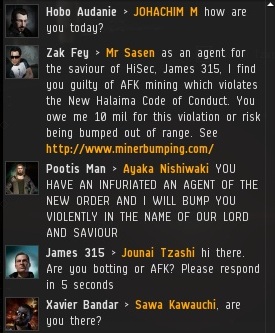 Bumpers began interrogating all of the miners in the ice field. 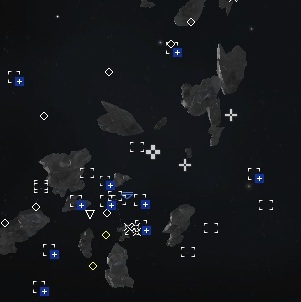 There was nowhere for the miners to hide, as bumper after bumper warped into the ice field and swarmed the non-compliant. 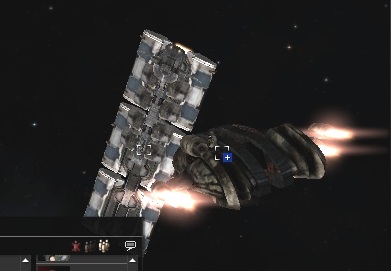 Agent Tubrug1 informed me that his EVE accounts had expired, but he made a trial account just so he could show up for the party. Now that's dedication. 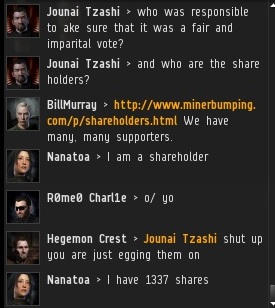 Angry miners still used the typical lines and excuses, but they took on a new flavor. In the past, miners would deny the existence of my shareholders, for instance. Now they were surrounded by them. 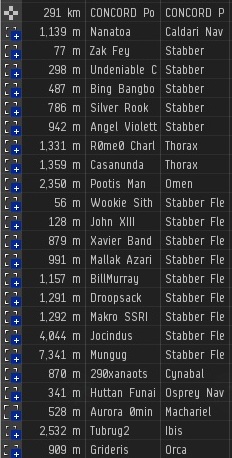 Pictured is a screenshot I took of my (sorted) overview at some point during the festival. A Concord squad even saw fit to attend. Counting my own in addition to what you see on the overview, there were a total of ten Stabbers Fleet Issue. Not something you see every day! 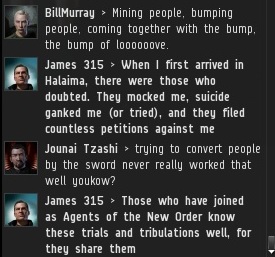 Then it was time for me to give a speech to commemorate the occasion. I decided to wing it, which basically meant movie quotes. 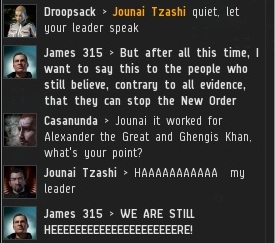 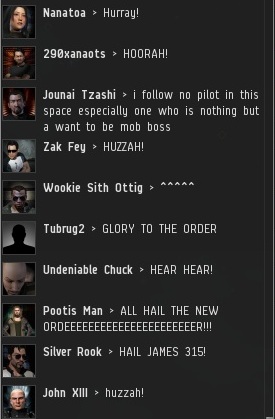 The speech was repeatedly interrupted by spontaneous cheers and applause from an unusually receptive Halaima local. 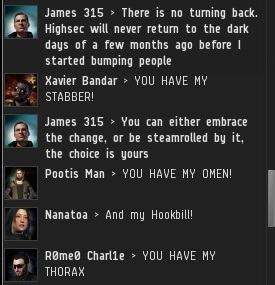 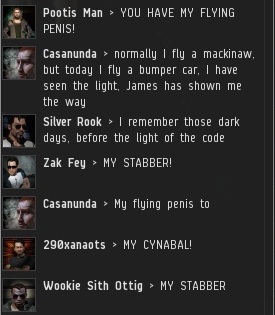 I received convos from pilots who were passing through the system and totally baffled by what was going on. 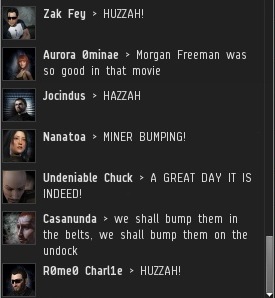 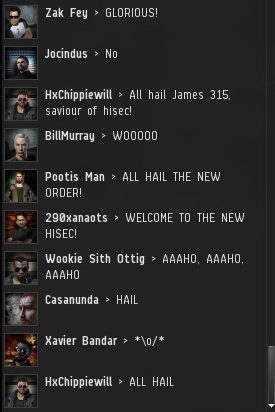 Then came the surprise announcement, which no one expected. 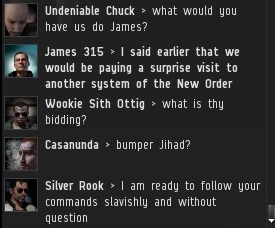 ...It was time for a field trip, to annex a new system for the Order!
Posted by MinerBumping at 01:08