Previously, on MinerBumping... An Agent of the New Order infiltrated a miner resistance channel in Kino. Infuriated by bumpers in the ice fields, miner General Zakev vowed to fit out a tech II Caracal and suicide gank them.


General Zakev > i just hope not to get jammed
Kyraiela > good luck. :)

For some reason, General was unaware of the fact that Concord's presence in the ice field meant he would automatically be jammed after he fired his first missile. Not that a Caracal is a practical ganking ship, but still. As General began fitting his ship, KnightRider2000 suggested an alternative ganking setup:

The ringleader, Kyraiela, proved herself to be a master strategist:


General Zakev > rifter isn't a threat
Kyraiela > general, form fleet with knight. knight get on top of him, general warp in, then knight drop from fleet
Kyraiela > B4 to C5, checkmate

The miners took an agonizingly long time to coordinate their brilliant attack plan.


General Zakev > great but where is he?
furcillin > not in ice field 1
Kyraiela > ice belt 2
Kyraiela > knight, get on top of one of them

While trying to figure out how to land a Caracal on top of the bumper, the rebels stopped to help someone file a petition.


Michael Podiene > How do I report being bumped to CCP? A petition?
Kyraiela > yes, pettition if they do it multiple times, make james 315 and make it plausable he's possibly at it again in other accounts

Kyraiela still believed in the rumors that I was permabanned and that all Agents were my alts. Finally, General warped his Caracal next to a bumper and opened fire. 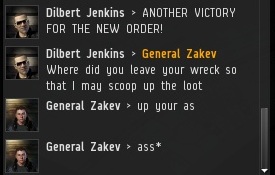 Agent Dilbert Jenkins survived the attack, and General Zakev was wasted by the Concord squad. Where did it go wrong?

The very same highsec miners who begged CCP to buff Concord and protect them from gankers now suffered the consequences. They didn't like it one bit.

Of course, it wouldn't matter what manner of ganking ship they used; the New Order always emerges victorious. It's kind of our thing.

The resistance movement debated whether their best hope lay in continuing to file petitions or to beg for nerfs to Concord(!). If that's the best our enemies have, is it any wonder the New Order is so successful?

And so the resistance movement in Kino withered away. The rebels would continue to launch attacks from time to time, but none so coordinated as Kyraiela's "checkmate" maneuver. 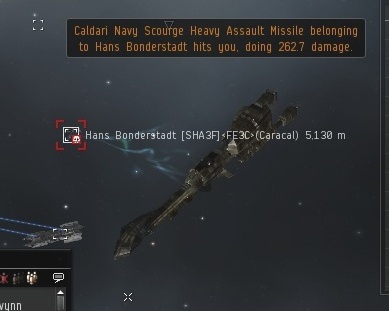 Incredibly, they didn't stop using Caracals as gank ships. Face it, miners: It's time to join the New Order and find out what real leadership looks like.
Posted by MinerBumping at 17:41