Previously, on MinerBumping... An ice miner in Halaima named Damion Raith invoked an obscure provision of the Code allowing him to mine for 24 hours if he was able to answer my Questions Three. Unfortunately, he incorrectly guessed that the Nile was the "largest river in the world". Having failed the Questions Three, he still refused to purchase mining privileges and was bumped out of the ice field. He threatened retaliation. 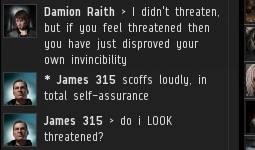 Damion backpedaled his threat in no time flat. 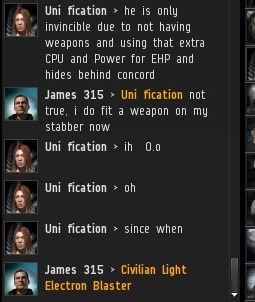 Resident scofflaw Uni fication made his usual complain about my Invincible Stabber fitting and was amazed to learn I now fit a gun on my ship. I acquired the gun from a Gallente rookie ship at no charge. It's ideal because it requires no ammo. 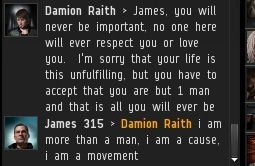 As I go about my business, I often find myself arguing with multiple people at once. I'm a lot like one of those chess players who plays multiple opponents simultaneously. I deftly skewered Damion's argument and went back to Uni fication.

The proof of my fitting is in the pudding. I linked the killmail of a tech II Thorax that I killed with my gun.

Checkmate. I returned to Damion, who was still sulking. 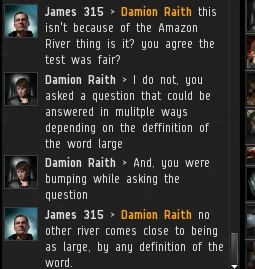 He felt the question about the world's largest river was unfair. I believe this is the first time someone has ever used the "I was distracted by bumps" excuse for flunking a test. 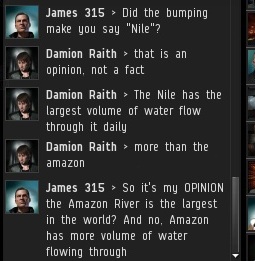 In Damion's world, it's only the Supreme Protector's opinion that the Amazon River is larger than the Nile. He was still adamant about the Nile having more water flow. 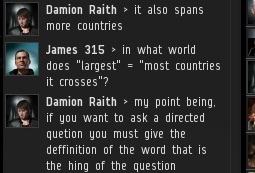 As if that weren't enough, Damion argued for a bizarre alternate definition of the word "largest". I take pity on any teacher who gave Damion a grade on a test he didn't like. 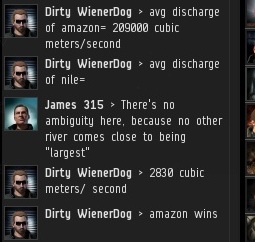 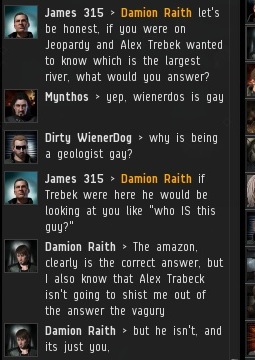 At long last, Damion confessed the Amazon River was the correct answer to the question. Yet he wouldn't certify that the Questions Three met the Trebek standard. 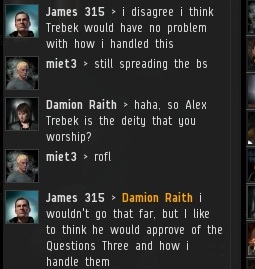 I think it's pretty clear Trebek would have given the test his seal of approval. A clear question, a clear answer, and the contestant got it wrong. Period. 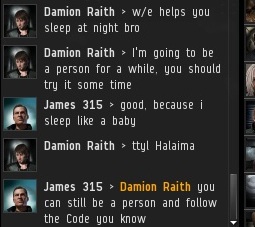 Duly chastened, Damion took his leave of Halaima to go somewhere else and "be a person". Damion may have made himself look like a fool, but at least he aspires to be a person rather than a bot. We need more human-aspirants in the ice fields of highsec, that's for sure.
Posted by MinerBumping at 17:25