Let's You and Him Fight

The New Order has reigned supreme over the Abudban system ever since we arrived a few weeks ago. Our enemies have nattered and chattered about it, but they haven't been able to stand in our way. 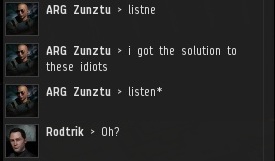 Until ARG Zunztu finally came up with a way of putting the New Order out of business. 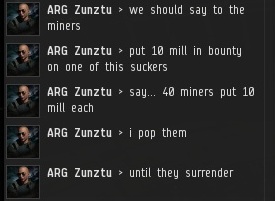 Bounties on bumpers! The New Order wouldn't know what hit them. 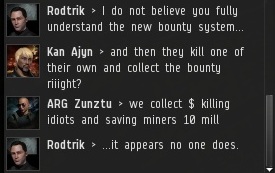 Sadly, the bounty plan never happened. Just like every other plan. 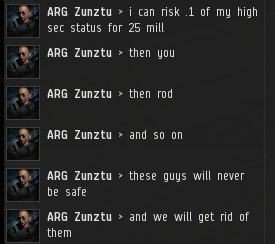 Though ARG claimed to be willing to put his own ships and sec status on the line, nothing ever came of it. ARG was really looking for someone else to take care of the problem. Same with "you", and "rod", and so on. 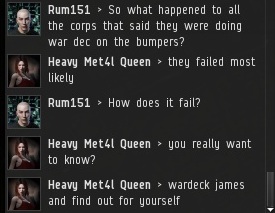 Rebel Rum151 stopped by Abudban to see how the mercenaries were doing against us. What's that? You don't remember mercenaries attacking us? I guess that plan had the same "nobody actually did anything" flaw that we see so often.

Carebears are disappointed when they learn the game mechanics aren't as conducive to blowing up people in highsec as they thought. I wonder who's to blame for those game mechanics? 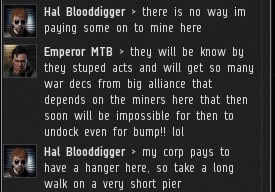 But I must give the miners credit for one thing: They do exist. They may not do anything, but you can see them in the systems we inhabit. Unlike the "powerful friends in nullsec", who have yet to make an appearance...
Posted by MinerBumping at 04:08