Another fine day in Abudban, vacation home of the New Order. 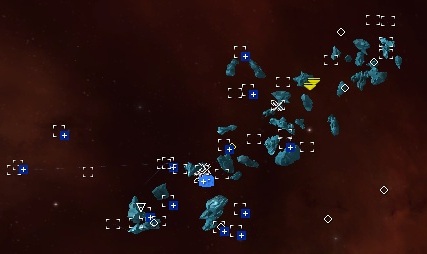 Agents assembled and chilled out next to the pool. How things have changed in Abudban! When we first showed up, it was one of the most popular ice mining spots in EVE. Now? Well, there are fewer miners but more permit-holders, so it's a win. 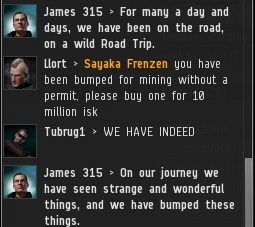 I began a brief, but inspiring (so I'm told) speech about how our vacation was coming to an end. 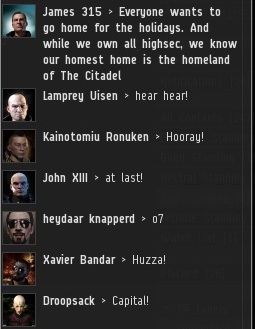 Though we all cherished our time in Abudban, everyone was ready to return to our homeland. 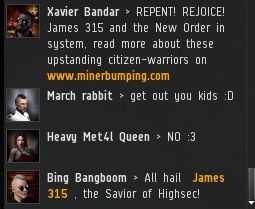 We took 21 jumps to Kamio (except for the daredevils who chanced the lowsec route). At each stop along the way, we celebrated our noble cause. 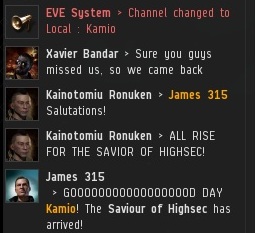 All of Kamio breathed a huge sigh of relief. Their Supreme Protector was back.

There were some new faces, though. 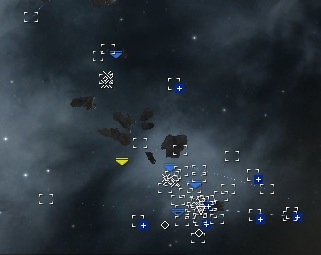 Agents gasped in horror at what the ice field of Kamio had become. It was a nest of bots and a den of bot-aspirants.

I immediately began bumping Saede Riordan, and told her to buy a permit. 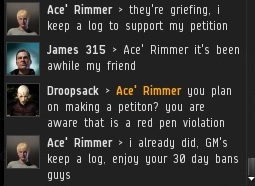 Ace' Rimmer threated us all with month-long bans, but his GM friends didn't come through for him. Maybe next time.

The plan to assemble an army of gank alts had New Order Agents excited. 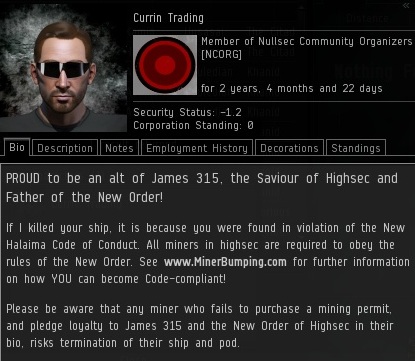 My own gank alt was parked in station: Currin Trading, an upstanding Gallente gentleman that I've kept on my account since January 2006. After a long sleep, he had a purpose again.

Agents X'ed up for a gank fleet. I wasn't sure if we had enough gank alts to kill a Mackinaw yet, but we were going to try. But first, a daring plan. 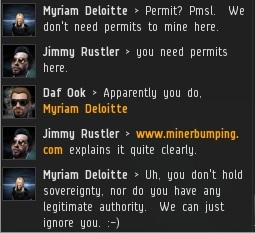 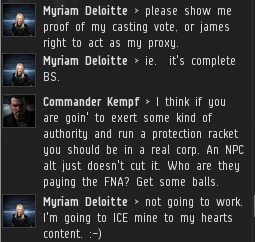 They had no idea what was going on in the secret channels of the New Order. 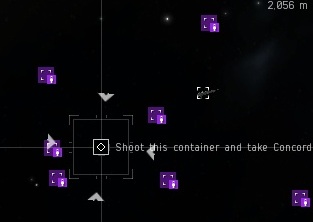 In a quiet corner of Kamio, nine Agents in rookie ships opened fire on a container. 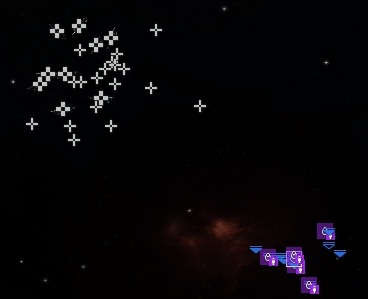 Was this the end of the New Order? Or was there a method in the madness?

To be continued...
Posted by MinerBumping at 02:55