Previously, on MinerBumping... The New Order's vacation in Abudban ended, and we returned to our homeland in The Citadel. 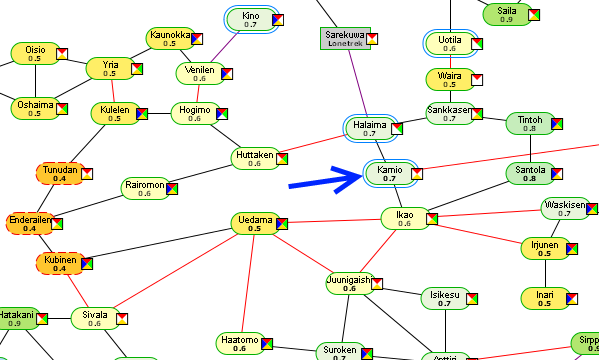 Our headquarters is Kamio. The Dotlan map indicates the security status of the systems around us. Ganking opportunities abound. (See the Maps page for easy reference in the future.) 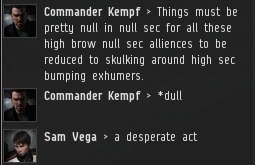 Our gank fleet returned to station after deliberately suiciding a bunch of rookie ships in the middle of nowhere. Locals complained about the bumping crew. 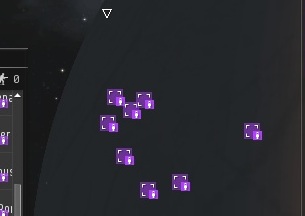 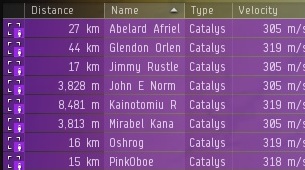 Our fleet of Catalysts reassembled at the planet near the ice field. Top Lad was in the ice field, looking around for an AFK target. My own ganker alt, Currin Trading, commanded the fleet. Everyone was eager to make a good first impression on the miners. 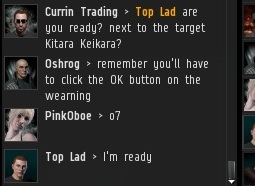 We had a big advantage: By simultaneously suiciding a bunch of rookie ships, we had spawned tons of Concord squads in the middle of nowhere. This way, Concord would move pre-existing squads to respond to our gank, as opposed to responding by spawning new Concord on top of us. It takes Concord 12 seconds to spawn in Kamio; it takes 18 seconds to move Concord. Our rookie ship trick would therefore increase our destructive potential by 50%. 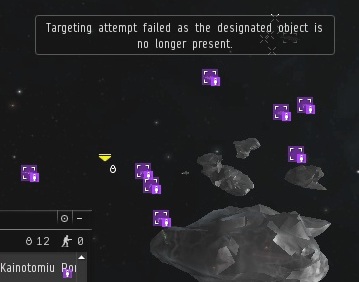 Our warp-in was slightly off, so we rushed to get within optimal range of the target. 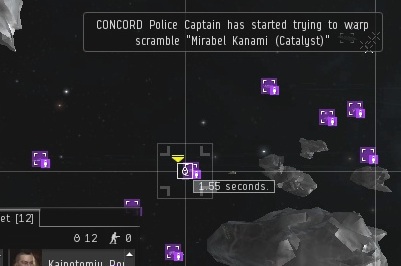 The Mackinaw burst into flames almost immediately; I didn't even get a chance to lock! I almost locked the pod, but Top Lad beat me to it. 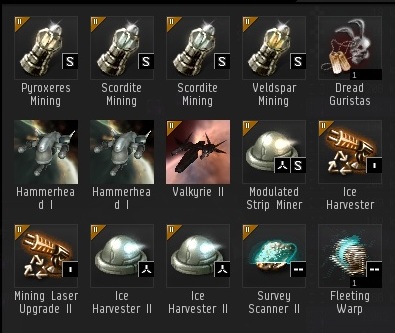 The fleet's first gank and I didn't get to fire a shot. Since my Catalyst was unharmed and Currin Trading did not yet have negative sec status, I casually looted the Mackinaw's mods. 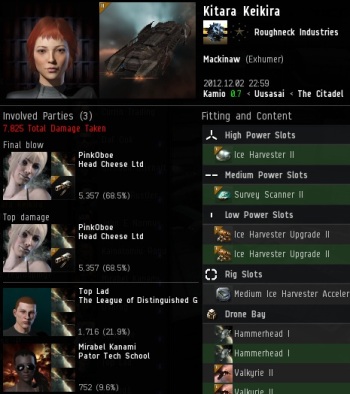 It all happened so fast. Only three of our crew got on the killmail. Agent PinkOboe's tech II guns did two-thirds of the damage. 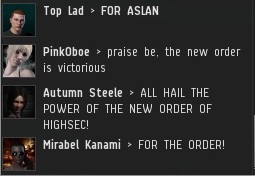 Suicide ganking is a rare thing in the ice fields these days, but the New Order is bringing it back. 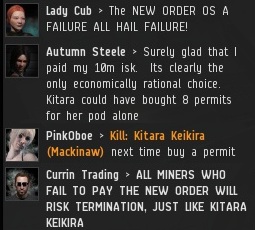 Every successful gank is a teachable moment for the non-compliant miners in local. 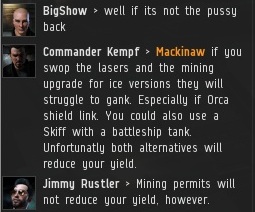 So far, the locals didn't get the message. More ganks are needed! 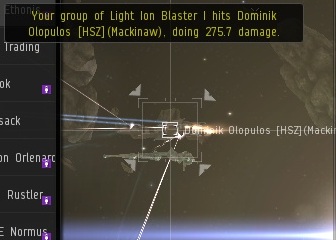 Concord was still milling around in the ice field, so we had our scout give us a warp-in on a target in an asteroid belt. 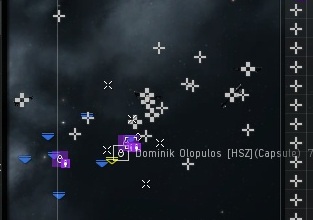 This time everyone got in on the action. No one caught the pod, however, so Daf Ook went to the asteroid belt and sacrificed some security status by one-volleying it. The miner's pod was just sitting there, AFK. 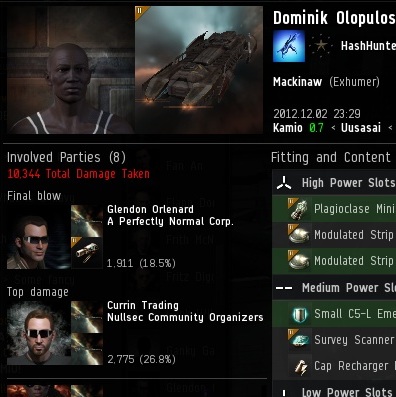 I got top damage! I was using tech I guns, but if enough gankers are in on the attack, it comes down to luck of the volley. It was a great feeling to give something back to the Kamio community by ridding it of a Code violator. 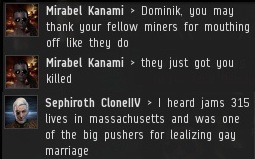 Kamio residents still weren't sure what to think of us. Was this a one-time ganking spree, or the sign of a darker future for the rebels in our fair system?

Saede Riordan bought a permit from me after one bump when we arrived. She was baffled by her fellow miners' reluctance to pay. (Let me guess... "Principle"?) 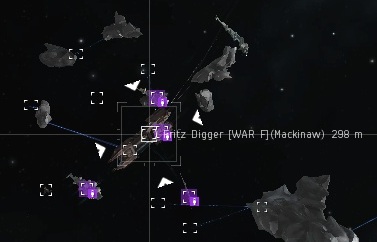 But with enough time and ganks, the miners of Kamio will learn...
Posted by MinerBumping at 03:26