As the curator of MinerBumping dot com, it has been my pleasure to reveal the true face of highsec minerdom to all EVE. Each encounter with a bumped miner is a slice of highsec life. Let us reach into the Grab Bag of miscellaneous miner tears once more, and deepen our understanding of those who plague EVE! 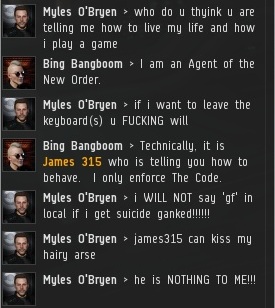 Since our vacation in Tolle began, we have been making the acquaintance of new miners.

Ice miner Myles O'Bryen is definitely among those who embarrass themselves the most. 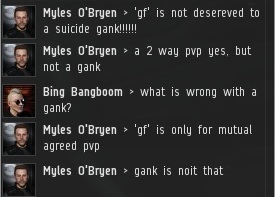 Just as ice asteroids do not deplete, certain miners secrete a never-ending flow of tears. 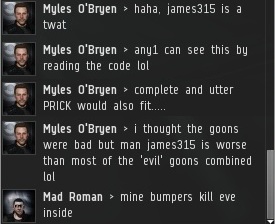 In this context, being called "worse than the Goons" is a wonderful compliment. As some of our Agents prove, however, being a Goon and being a bumper are not mutually exclusive! 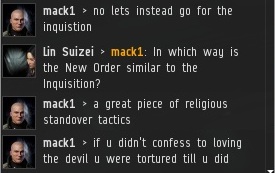 mack1 graciously sidestepped the usual "New Order = Nazis" and "bumping miners = Holocaust" comparisons we usually get. The Inquisition is a new one! 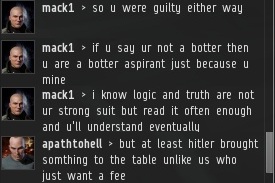 I'm not totally persuaded, though. Let's hear some more comparisons as miners struggle to describe this new phenomenon of organized miner bumping:

Els Renora scores with another original comparison. What else can the great minds of Gallente highsec come up with?

I think we've already heard about Jim Jones and his poisoned refreshments. One more try?

Charles Manson isn't a new comparison, but Motalula Mingetickler gets partial credit for the knife-wielding shaven-headed women. You see? You don't need to rely on Hitler. Just exercise a little creativity.

The particular area of Gallente highsec we hit is home to a lot of Russian miners. I received this feverishly-typed EVEmail and sent it through Google Translate, which is an essential tool for bumping miners these days:


Have you gone crazy pretzel? Why the hell should I pay for mining ice in Empire? That you're here, the chief of fart? Invented extortion from miners and pleased with himself? You quite simply viper! And personally, I do not pay you shit! Otsosesh first from my grandmother's house! And this letter translated fuck himself! Stupid old grandfather pimple!

I think I understand the general thrust. But sometimes things are lost in translation coming from the other direction:

I assume that was a bad translation. From what I've seen, imp-dressing is the last thing on a miner's mind after being bumped out of range. 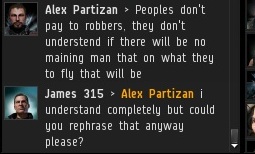 I think I would be better off with the original Russian, in some cases. 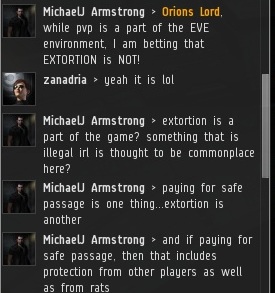 You would be surprised how many miners think space piracy is against the EULA. The New Order is more educational than any in-game tutorial! 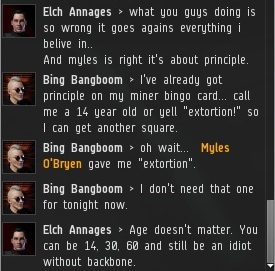 If the Code goes against your principles, it's time to change your principles. We cannot live in a highsec with infinite Codes tailored to each miner's delicate sensibilities. There can be only one Code, and only one gaming culture. But as long as deviant sets of principles are still held, you can be sure there will be plenty of tears.
Posted by MinerBumping at 01:52