Previously, on MinerBumping... The New Order fleeted up and relocated to Abudban, a nice vacation spot in an ice-mining system at the very heart of Minmatar highsec. (Part 1, Part 2.)

The local miners were in desperate need of reeducation. They suffered from so many misconceptions about the way EVE works. 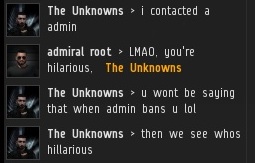 The Unknowns was punished for mining ice without a permit, but he was confident he would have the last laugh.

The Unknowns knew some EVE GMs personally, or so he said. Amazingly, his threats to have people banned for bumping never panned out.

The Abudban ice field is one of the most popular ice-mining locations in the game. As we took it over, our Agents were eager to see who could sign up the first convert. Heavy Met4l Queen sweetened the deal by offering Orca bonuses. 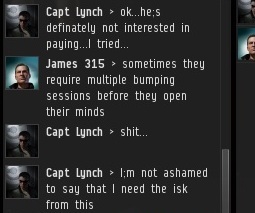 Capt Lynch continued bumping miners with his Machariel. He was hoping to bank some isk while he waited for rebel leader Anslo to show his face. I taught Capt the art of the bump: Patience and persistence are key.

In a surprise twist, Capt became the first bumper to persuade an Abudban miner to purchase a mining permit! 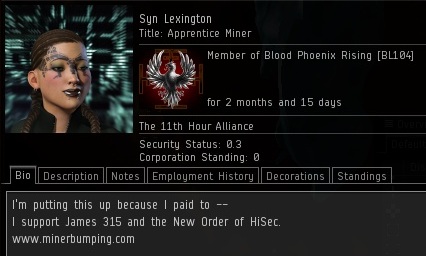 Syn Lexington had taken some convincing, but there was no denying the New Order's power. She pledged her loyalty in her bio for all to see. 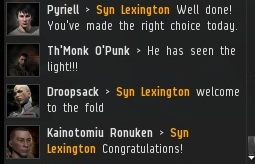 The Agents of the New Order celebrated. The rebel miners of Abudban gnashed their teeth at the betrayal. 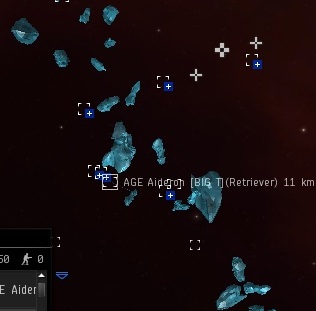 Change was in the air. Code-violators fled; the ratio of bumpers to miners climbed. One Concord squadron patrolled the ice field, just in case anyone tried to smartbomb us with frigates again. 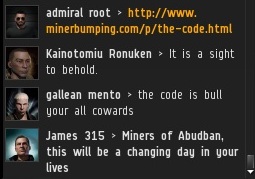 gallean mento bubbled with rage. Was there nothing that could stop the New Order from conquering the most popular ice field in Minmatar space? 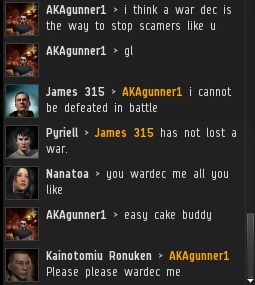 AKAgunner1's petitions didn't pan out like he hoped. Would wardecs work? Apparently he changed his mind, as he launched no wardecs.

gallean revealed that he knew me from back when I bumped miners in the Halaima/Kamio area. Back then, the New Order was one bumper with a dream. "He is but one man, what difference could he make?" they asked. And then the New Order became an empire.

To be continued...
Posted by MinerBumping at 02:07