Previously, on MinerBumping... Our giant fleet o' bumpers set sail for Abudban, next door to Rens, the capital of Minmatar highsec. Local miners dealt with the situation in a variety of ways. (Part 1, Part 2, Part 3) 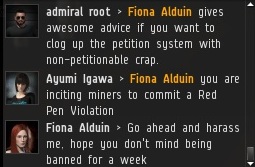 Most miners in this part of the galaxy have never encountered bumping before. They were astonished by this mysterious game mechanic. They assumed it must be against the rules. No one should have such power!

Ice miner George Ostus was the first to play the Hitler card that day. He would not be the last.

Mike Therock Czyngirkas was the exception. Most miners could not bring themselves to leave Abudban. They just didn't like the idea that someone could tell them what to do in highsec. Besides, Abudban is the only ice field system in EVE next door to a trade hub as big as Rens. 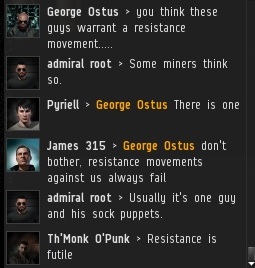 There was a power vacuum in Abudban before we arrived--no one around whom a resistance movement could gather. George's idea was quietly dropped. Miners presented us with a variety of excuses for not purchasing a mining permit. I didn't realize atheism counted as one, but you learn something new every day. 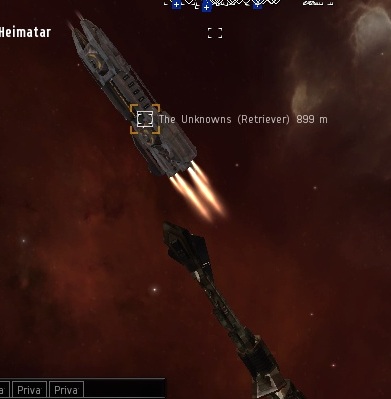 The Unknowns, a mouthy dissident who claimed to know several GMs personally, suffered a breakdown. He gave me the carebear stare with his retriever.

He threatened to destroy my Invincible Stabber. I've heard that one before, but rarely from someone in a mining barge. 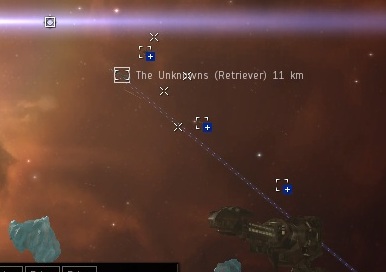 His threat did not have the effect he intended. Several Agents flocked to him, hoping he would make good on his threats so they could scoop his loot.

My reputation preceded me. True, some people spread falsehoods about me. That's why it's so important to make contact with the miners of highsec personally. I want everyone in highsec to know the real James 315, the James 315 who cares for them like his own children. 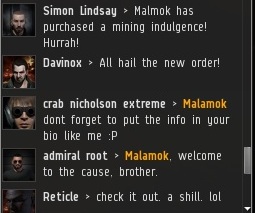 At last, another miner decided to purchase a mining permit. Reticle and other rebel miners were not happy to hear about it. They said they only way to force Agents of the New Order out of the system was to deny them payment.

Malamok paid for one simple reason: It was the economically rational choice. It wasn't even a close call. 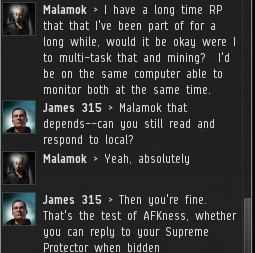 He was perfectly willing to abide by the Code. Why not join the New Order? 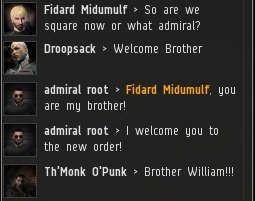 And then the dam began to burst wide open.

To be continued...
Posted by MinerBumping at 02:31