Previously, on MinerBumping... I announced that the New Order would be taking another vacation, this time in the Abudban system of Minmatar highsec. It's located next door to Rens, the famous mega-trade hub. 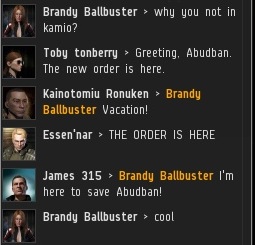 Our bumper fleet landed in Abudban. Brandy Ballbuster recognized me from Caldari highsec, but the rest of the locals were unfamiliar with the New Order. 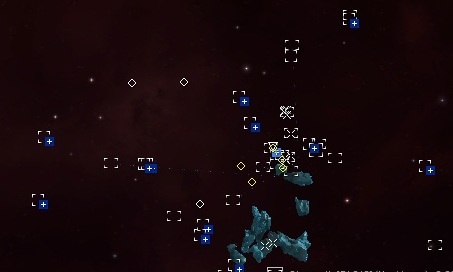 All that was about to change. We had two dozen bumpers in our fleet. Nothing in highsec can stand against such power. The Agents of the New Order descended upon the ice field with dizzying speed. By the time the AFK'ers woke up, the whole place was in disarray. 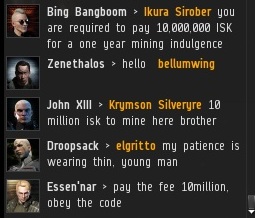 It was a raid! Our Agents took the Abudban system completely by surprise and demanded to see everyone's mining permits. 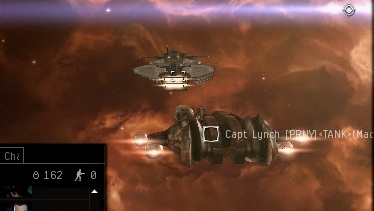 Capt Lynch still had a score to settle with rebel leader Anslo. But Anslo was nowhere to be found, so Capt put his Machariel to good use, bumping Orcas and demanding they comply with the Code. 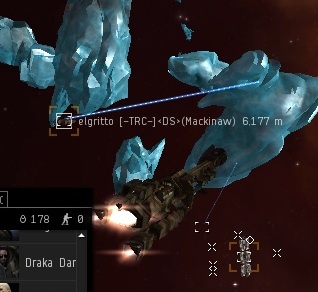 The locals had no idea how to respond. In a panic and totally helpless, a Mackinaw and his Orca alt gave me the carebear stare.

In desperation, some miners threatened to declare war against me. Wildfire Willie Auscent tried to intimidate us by invoking his "powerful friends in nullsec". Claiming he would rally TEST against us? Not very convincing. 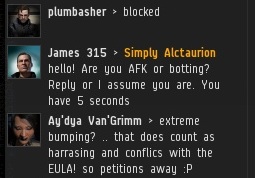 When locking us with exhumers and threatening wardecs didn't work, some took the CCP route.

Space lawyer Maplefox, like all space lawyers, was absolutely confident that what we were doing violated the EULA. I guess he's the expert on miner bumping, right?

Hero Miner crab nicholson extreme followed us from Tolle so he could mine in our new vacation home. He urged his fellow ice miners to join the New Order and reap the benefits. 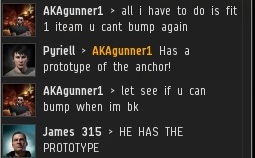 AKAgunner1 had a cunning plan, though he wouldn't tell us what it was. Had CCP given him the prototype for an anti-bump module? 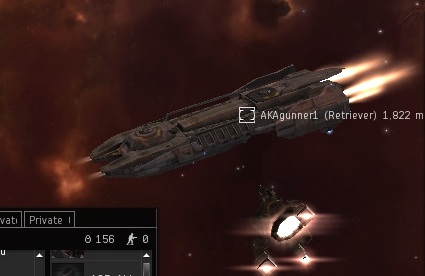 We never did find out what module he thought would save him. Whatever it was, he carried it with him into deep space.

When his "mystery module" gambit didn't work out, AKAgunner1 threatened to report us to his friends. He wished us luck. He must be a lucky charm, because we continued to have excellent luck! 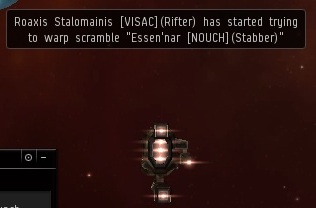 Without warning, a dreaded warp scramble notification was broadcast across the ice field. One of our Agents was under attack!

The rebel miner Roaxis Stalomainis tried to kill our Agent by launching a suicide gank with a Rifter. Interestingly enough, the Rifter was named "Prototype".

The smartbombing frigate failed to do any damage to our Agent before Concord arrived. When performing a suicide gank, high-DPS setups are generally preferred over low-DPS setups. Damage is necessary when attempting to kill a ship in EVE. 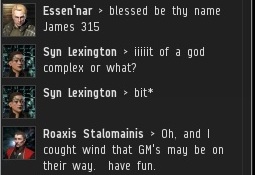 Roaxis was undaunted. The smartbombing Rifter may have failed to stop the New Order, but GMs would no doubt report to the Abudban ice field and put a stop to this "bumping" business.

Could the New Order continue to liberate Abudban, or would the rebellious miners find a way to defeat us? Would the "Proveldtariat" or another anti-Order resistance group show its face? Or would everyone come to their senses and purchase mining permits for an affordable 10 million isk?

To be continued...
Posted by MinerBumping at 03:13