Back in September, I created my corporation, the Experimental Fun Times Corp. I wanted to be in a player corporation so that I would be free to do battle with those who would dare fire off a wardec against me. Not long afterward, I won the first in a series of quick victories. By the time I had won four wars, word was getting around. 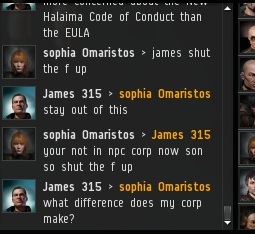 Most of the time, I only received threats. Few had the stomach for war.

But among those who were tuned into the highsec community, news traveled fast.

I found this container in the Kamio system, and was informed of chatter across Caldari highsec. The aggressors who found themselves victim to the Experimental Fun Times Corp wanted to let everyone know how I had manipulated the broken wardec system. 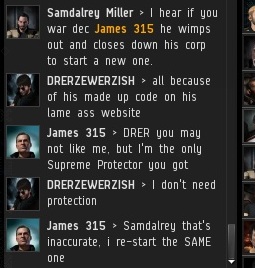 My war strategy, though known, was Invicible. Much like my ship. 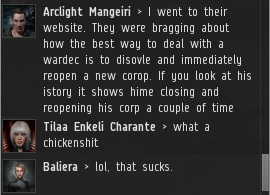 Some of the most avid readers of MinerBumping are the miners themselves, even those who initially oppose us. Perhaps that's why the New Order's ranks are filled with our former enemies. In time, they cannot help but be persuaded.

The CEO of Anti-Fun Time Corp vowed to go on wardeccing indefinitely. However, it cost him 50 million isk to declare war, and it only cost me 1.5 million to win the wars. A tiny cost that was reimbursed by supporters of the New Order. 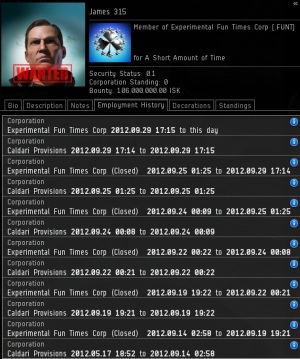 After one last war from Anti-Fun Time Corp at the end of September, he gave up. And then something extraordinary happened. Unprecedented, even.

...Highsec learned. The only way to win was not to play. 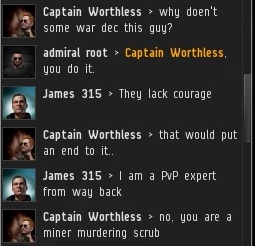 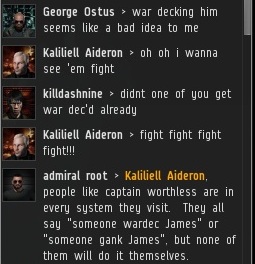 Agent admiral root encouraged Captain to try his hand at war with the New Order. Captain hesitated, hemming and hawing for awhile about whether it was worth his time.

admiral's challenges to Captain's ego were too much to resist. Besides, a Captain always obeys an admiral.

Though we had only been in Abudban a short time, most of the locals were already shaking their heads. 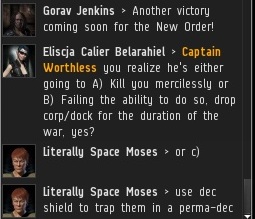 Then Literally Space Moses made an intriguing suggestion. Was it time to test the outer limits of the wardec system's brokenness?

To be continued...
Posted by MinerBumping at 03:10